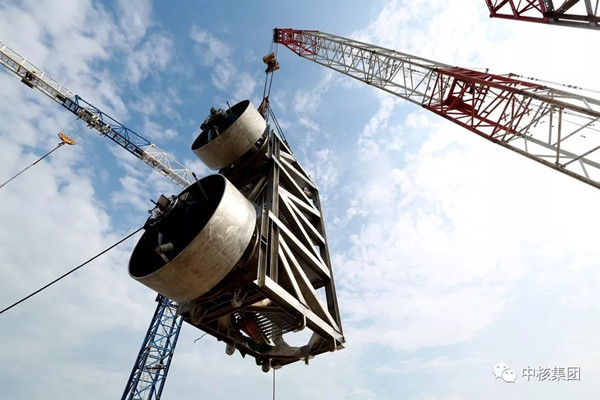 All major equipment for the Fuqing Nuclear Power Plant, the world’s first HPR1000 reactor, has now been successfully hoisted.

The active and passive safety design is one of the most remarkable features of the HPR1000 and fulfills the diversity criteria.

The passive systems mainly consist of a containment heat removal system, a cavity cooling system, and a secondary-side PRHR system.

The secondary-side PRHR system is able to make a reactor shut down within 72 hours if there is a failure in the auxiliary feed-water system.

According to CNNC, there are three such heat exchangers in total, and the first two were installed on April 17 and 25, respectively. 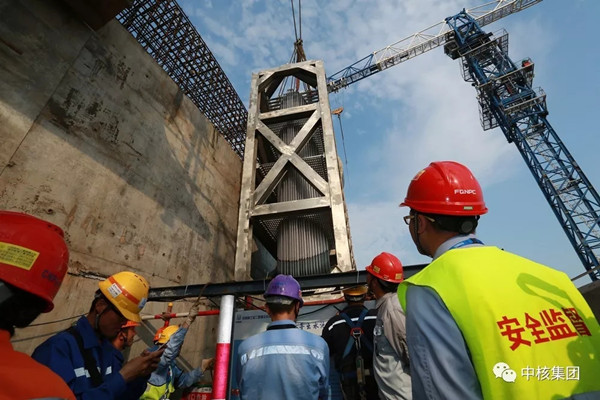