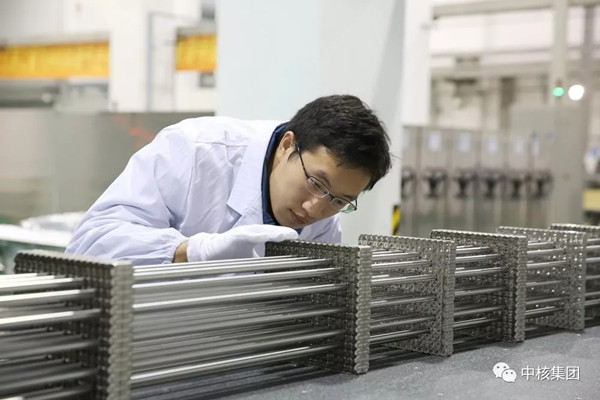 China National Nuclear Corporation (CNNC) is now capable of mass producing CF3 fuel assembly for the HPR1000 (Hualong 1), China’s third-generation nuclear power technology, according to an announcement on May 10.

The achievement further strengthened CNNC’s position in the field of nuclear fuel assemblies, and will help the HPR1000 be exported overseas.

Fuel assemblies make up the core of a nuclear reactor. They are essential to the safety, reliability, and efficiency of a nuclear power plant.

In March, long-term irradiation testing of the CF3 fuel was completed. Four sets of CF3 fuel assemblies were loaded into Qinshan II unit 2 - a Chinese-designed CNP-600 PWR - in July 2014. The assemblies underwent poolside inspections during each fuelling cycle, CNNC said. Inspection results showed that the performance of the design met internationally accepted standards.

In November 2014, CNNC announced that the fifth and sixth units at Fuqing will use the domestically-developed Hualong One design, marking its first deployment. The company had previously expected to use the ACP1000 design for those units, but plans were revised in line with a re-organisation of the Chinese nuclear industry. China's State Council gave final approval for construction of Fuqing units 5 and 6 in April 2015. The pouring of first concrete for Fuqing 5 began in May 2015, marking the official start of construction of the unit. Construction of unit 6 began in December the same year. Fuqing 5 and 6 are scheduled to be completed in 2019 and 2020, respectively.

Two HPR1000 units are under construction at Pakistan's Karachi nuclear power plant. Construction began on Karachi unit 2 in 2015 and unit 3 in 2016; the units are planned to enter commercial operation in 2021 and 2022. The HPR1000 has also been proposed for construction at Bradwell in the UK, where it is undergoing Generic Design Assessment. 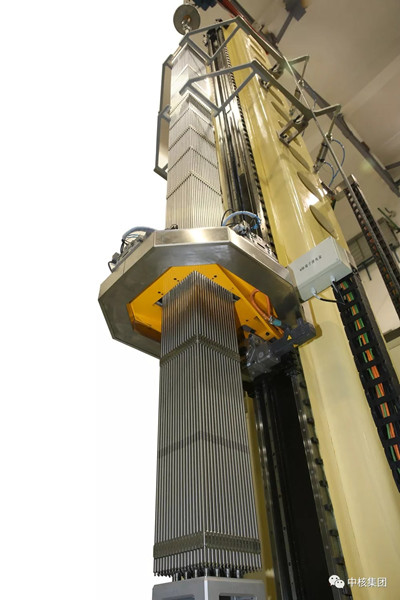