The coil system for China’s “artificial sun”, the HL-2M Tokamak device, was successfully installed in its main engine at CNNC ’s Southwestern Institute of Physics in Chengdu on June 5, marking the start of the installation of the cutting-edge magnetic confinement device experimenting in controlled thermonuclear fusion. It also means that China is a step closer to developing limitless, clean energy.

Construction work on the HL-2M Tokamak device developed by CNNC’s Southwestern Institute of Physics is expected to be completed by the end of this year. It will increase the plasma current of China's existing devices from 1 megaampere to 3 megaampere, and the plasma temperature will exceed 200 million degrees.

This device is the key platform for carrying out core technology research of the fusion reactor, providing important technical support for China to participate in the ITER experiment, which will also enable the country to independently design and build its own fusion reactor in the future.

The coil system produced by Dongfang Electric Corporation is one of the core components of the main engine of this device. And its central column proved the most challenging part to develop. It is made up of 20 groups of central segment components and central solenoid coil of the toroidal field coil, with a total weight of about 90 tons. It is able to operate at least 100,000 times under high-impact load conditions, the first time this has been achieved in China. 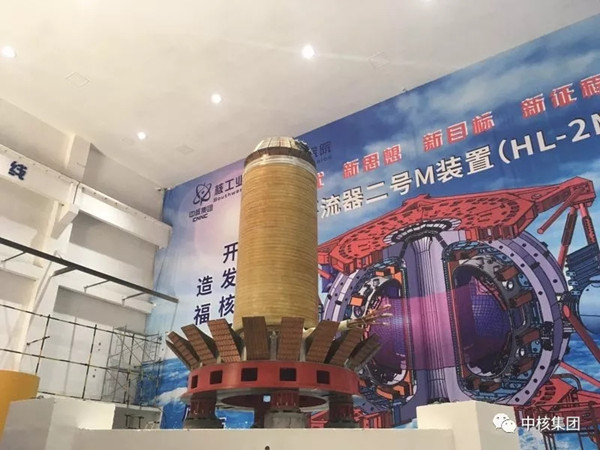