TVEL, the Russian nuclear fuel manufacturer, has signed contract with Czech utility ČEZ to introduce the RK 3+ modification of its VVER-440 fuel for the Dukovany nuclear power plant. Announcing the agreement today, TVEL said the new fuel will undergo a number of pre-irradiation tests aimed at qualification for a licence from the Czech Republic’s State Office for Nuclear Safety. 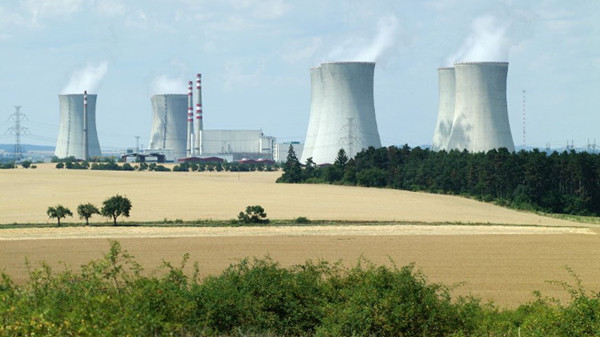 The project will take into account the operating experience of the prototype of such fuel at unit 4 of the Kola nuclear power plant in the Murmansk region of Russia’s Kola peninsula, where it has been in use since 2010.

The RK 3+ design has enhanced physical and thermo-hydraulic properties compared with previous generations of VVER-440 fuel, TVEL said, and has a longer fuel rod pitch that streamlines the water-uranium ratio in the reactor core and increases the efficiency of the fuel.

"The new project of switching Dukovany NPP to RK 3+ fuel will facilitate the optimisation of the plant's  fuel cycle strategy [and] increase the safety and economic efficiency of the power units’ operation," said Alexander Ugryumov, vice-president for Research and Development at TVEL.

The 2040-megawatt Dukovany plant has four VVER-440 reactors which were commissioned in succession between 1985 and 1987. It generates about 13 terawatt hours of power annually, providing about 20% of the country's electricity demand, TVEL said. The Dukovany and Temelín nuclear power plants produce about 35% of the national electricity output, making the Czech Republic one of the world' top ten countries in terms of the share of nuclear in its energy mix, it added. Temelín comprises two VVER-1000 units.

Both plants have been operated with fuel manufactured by TVEL’s Machine-Building Plant, in Elektrostal, Moscow region, since their commissioning.

In April, ČEZ announced the start of loading test fuel assemblies supplied by Westinghouse Electric Sweden into unit 1 of its Temelín plant as part of its plan announced in August last year to diversify its fuel supply. ČEZ said the move was to verify the properties of the fuel and to obtain know-how, and did not represent a switch to Westinghouse fuel.