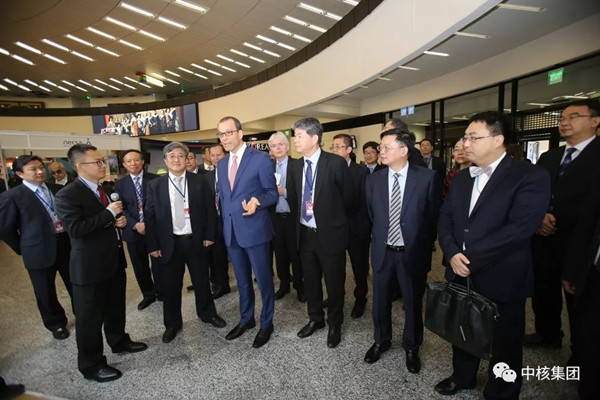 A number of dignitaries visit the Chinese nuclear technology demonstration area on Sept 17 during the 63rd IAEA General Conference, which was held in Vienna from Sept 16. [Photo/CNNC]

CNNC took the spotlight during the 63rd IAEA General Conference by demonstrating how it applies nuclear technology.

The conference was held in Vienna on Sept 16 and will run until Sept 20.

The delegation, accompanied by Yu Jianfeng, chairman of CNNC, included Cornel Feruta, acting director-general of IAEA, Zhang Jianhua, deputy director of the China Atomic Energy Authority, Liu Hua, deputy minister of the Ministry of Ecology and Environment, and Wang Qun, China’s ambassador extraordinary and plenipotentiary and permanent representative to the United Nations and other international organizations in Vienna.

During the visit, Zhang and Yu gifted CNNC nuclear security equipment to IAEA, the second time China has offered gifts to IAEA.

He expressed hope that China would continue working with IAEA to explore more nuclear application possibilities.

During the conference, Yu also met with a number of his counterparts from Jordan, Saudi Arabia, Iran, Kazakhstan, Argentina, and Pakistan.

In recent years, nuclear technology has begun being used on a large scale in irradiation processing, nuclear medicine, and public security in China.

CNNC, with the approval of the China Atomic Energy Authority, demonstrated how nuclear technology has been applied in China over the past decade, with a special focus on how China uses nuclear technology to improve people’s lives. 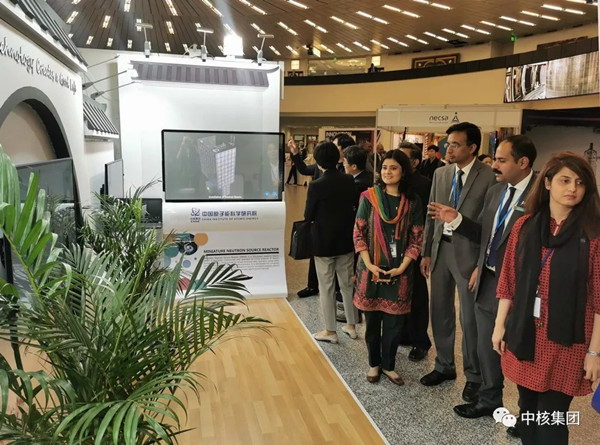 Visitors learn about CNNC’s nuclear technology applications during the 63rd IAEA General Conference, which was held in Vienna on Sept 16. [Photo/CNNC] 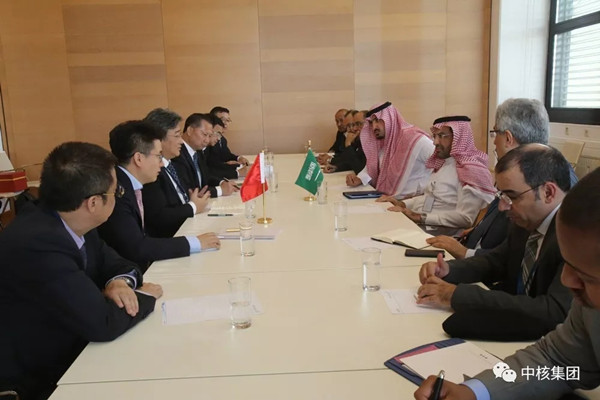 A CNNC delegation meets with representatives from Saudi Arabia during the 63rd IAEA General Conference. [Photo/CNNC]