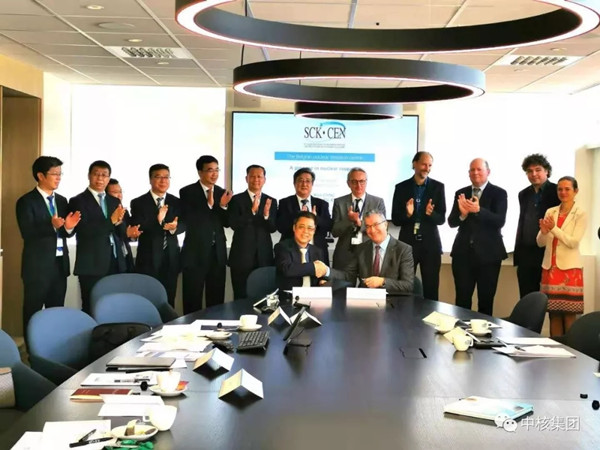 Representatives from CNNC and SCK•CEN shake hands after signing a cooperation agreement. [Photo/CNNC]

A delegation led by Yu Jianfeng, chairman of CNNC, visited the Belgian Nuclear Research Centre (SCK•CEN), one of the largest research institutions in Belgium, from Sept 19 to 20 to forge a partnership with the center.

At the end of the meeting, the two parties signed minutes of the meeting and an agreement for SCK•CEN to provide software for fuel assessment computer codes to CNNC in the frame of the ongoing MOX contract.

During the meeting, Van Walle, director-general of SCK•CEN, briefed Yu on SCK•CEN’s core nuclear technological capacities and expressed high hopes for the center’s partnership with CNNC.

Yu outlined the prospects for China’s development of nuclear technology and said he anticipated a successful partnership between the two parties.

They also discussed the feasibility of CNNC establishing an overseas research center. 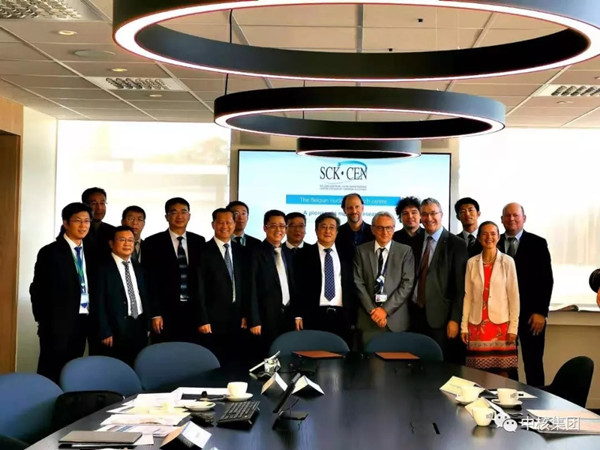 The CNNC delegation poses for a photo with SCK•CEN representatives. [Photo/CNNC]