Under the terms of the agreements, the two banks will improve their financial services and provide more financial support to CNNC. 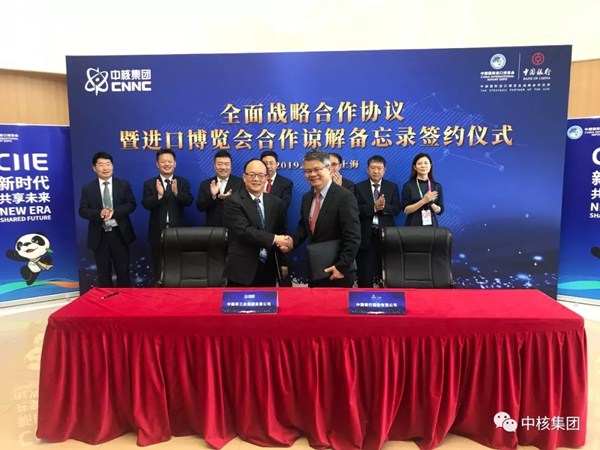 Representatives from CNNC and the Bank of China shake hands after signing an agreement in Shanghai, during the 2nd CIIE. [Photo/CNNC]