A shipment of advanced electron linear accelerators was transported by plane from the China Institute of Atomic Energy to Thailand on Nov 15, according to CIAE officials.

It is the second time that the CIAE has exported electron linear accelerators, in the wake of its first exports to Turkey. 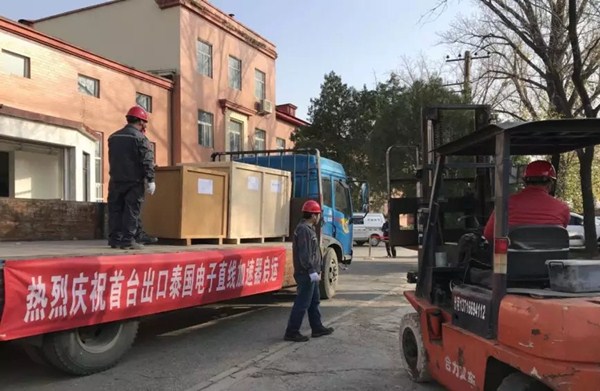 Delicate electron linear accelerators are encased, to be transported to Capital Airport Customs on Nov 15. [Photo/CNNC]

CIAE officials said the electron accelerator is the source technology for nuclear technology applications and the most advanced radiation device in the world.

Only a few developed countries in the world have the capability to manufacture the accelerators for non-destructive testing, or NDT -- the most complex and core equipment in the nondestructive inspection system.

The China Institute of Atomic Energy has more than 60 years of experience in accelerator designing, manufacturing and applications.

CIAE has taken the lead in formulating China’s first international standard in the field of general nuclear instruments.

Officials said the customer in Thailand made in-depth surveys of the CIAE's capabilities in the research of accelerators. They gave higher requirements for some of the indicators, including stability and operating environment and the CIAE made a lot of improvements so as to pass the customers' acceptance tests.

The electron linear accelerator for NDT is a device which can produce high-energy X rays and detect if the equipment -- including large-scale structural components and high-pressure vessels -- has flaws.

The electron linear accelerators for NDT have wide application prospects and have been used in such areas as large pressure vessels, rocket engines and nuclear power equipment manufacturing.

The China Institute of Atomic Energy is a subordinate body of China National Nuclear Corporation.