A major milestone was reached at the China-built K-2 reactor in the Karachi nuclear power plant in Pakistan, when so-called cold functional tests began on Nov 26, according to local reports.

Cold functional tests are carried out to confirm whether the main system and its supporting facilities are properly installed and ready to operate under high-pressure conditions.

It was built by China Zhong Yuan Engineering Corporation, or CZEC, a unit of China National Nuclear Corporation, also known as CNNC.

Experts said that the test marked the point where the K-2 reactor has entered the commissioning stage, advancing from the installation stage.

Officials said it had reinforced the increasing confidence being felt in the home-grown Chinese nuclear technology by countries involved in the Belt and Road Initiative. 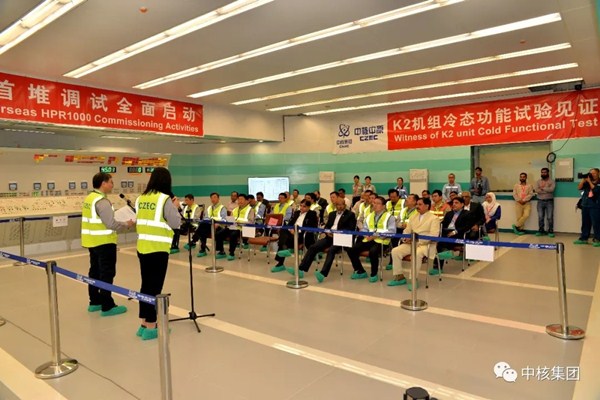