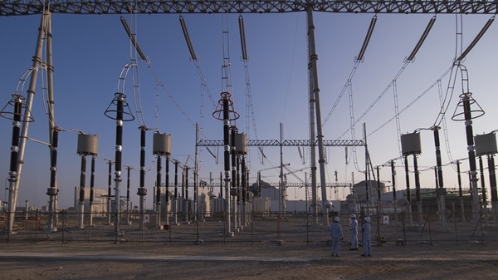 A view of the nuclear power plant in the city of Karachi in Pakistan, constructed by China Zhong Yuan Engineering Corporation, a unit of China National Nuclear Corporation [Photo/CNNC]

It was a special moment as a 500 kilovolt combination switch for the No 2 nuclear reactor was powered on in the city of Karachi in Pakistan on Nov 29, officials said.

The 500 kV electricity was transmitted to the nuclear island, indicating that the main power system was running successfully for the first overseas reactor of China's homegrown third-generation nuclear reactor technology Hualong One – also known as HPR 1000.

They said this was a milestone for the nuclear construction in China.

Officials said the department in charge of the project made complete preparations. A project team and an emergency response team were set up to ensure the smooth operation of the project.