Hualong One is a third-generation nuclear power technology with China's exclusive intellectual property rights, meeting the latest global safety standards. It is a major symbolic achievement in the history of China's nuclear innovation and development, as well as significant to China’s development into a country with strong nuclear power in the future.

CNNC Zhangzhou Energy Co, owner of the project and a comprehensive energy company, is in charge of the investment, construction, and management of the Zhangzhou project.

The company plans to construct six million kilowatt third-generation nuclear power units. The first phase of the Zhangzhou facility, which is comprised of two units, will adopt the Hualong One technology.

It is a large-scale clean energy base in Fujian and is expected to promote the province's sound economic and societal development, generate benefits for local residents, as well as explore a new development model of nuclear power. 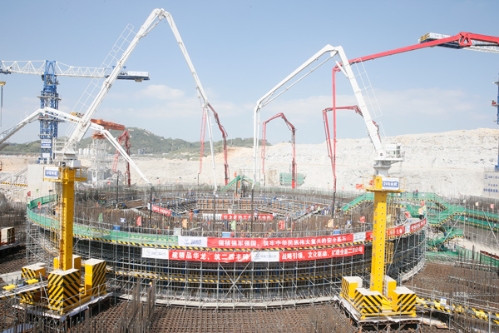