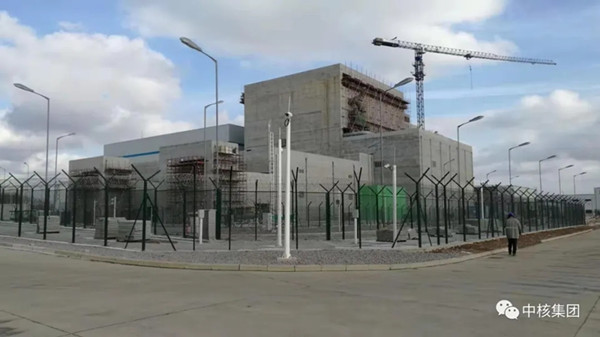 A key section called the node of the No 2 reactor of the high-temperature gas-cooled reactor demonstration project -- at the Shidaowan nuclear power plant in Weihai city, in East China’s Shandong province -- was completed on March 18, according to local reports.

The high-temperature gas-cooled reactor, also known as the HTGR, is a key national science and technology project.

Experts explained that the precise pairing of the key node refers the three main sections of equipment of the reactor -- the pressure vessel, steam generator and hot gas duct.

These were then rigidly connected in the form of a flange to form a primary circuit system for the thermal energy transmission of the reactor, which constitutes a second barrier to prevent the leakage of radioactive materials.