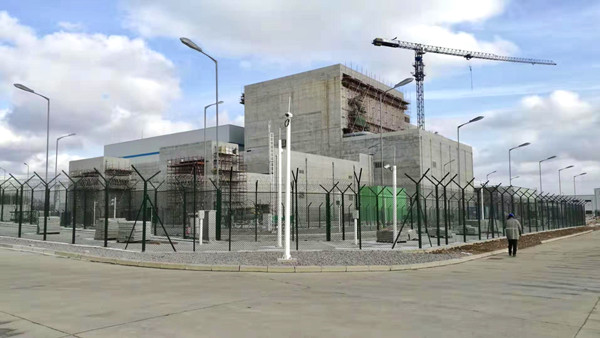 Building high-temperature gas-cooled reactors can be said to kill two birds with one stone, according to Wang Shoujun, a member of the Standing Committee of the Chinese People's Political Consultative Conference National Committee and president of the China Nuclear Society.

Wang said he would submit a proposal appealing for the construction of high-temperature gas-cooled reactors during this year's national two sessions, which are currently underway in Beijing.

Wang said that on the one hand, building the HTGR could promote the development of China's fourth-generation nuclear power technology to meet the needs of the international market.

And on the other hand, Wang thought building the HTGR could optimize the local energy structure, because the system can simultaneously provide industrial steam, heating steam and generate electricity.

If a 600,000-kilowatt HTGR cogeneration unit is built near a heating load center, it can not only guarantee heating of 11 million square meters of buildings for six months, but also provide industrial steam in the range of 200 C to 500 C, as well as annual power generation of 4.5 billion kilowatt-hours.

Currently a HTGR demonstration project is under construction at the Shidaowan nuclear power plant in Weihai city, in East China's Shandong province, which is getting global attention, according to experts.