During the fight against the COVID-19 epidemic, China National Nuclear Corporation or CNNC has taken advantage of its technological and industrial experience and capabilities -- using radiation sterilization technology to offer protection to its medical workers -- while continuing to map out more applications for nuclear technology, an area that the country should increase its levels of investment.

That's according to Luo Qi, a member of the National Committee of the Chinese People's Political Consultative Conference (CPPCC) and Party secretary of the China Institute of Atomic Energy, a unit of CNNC. 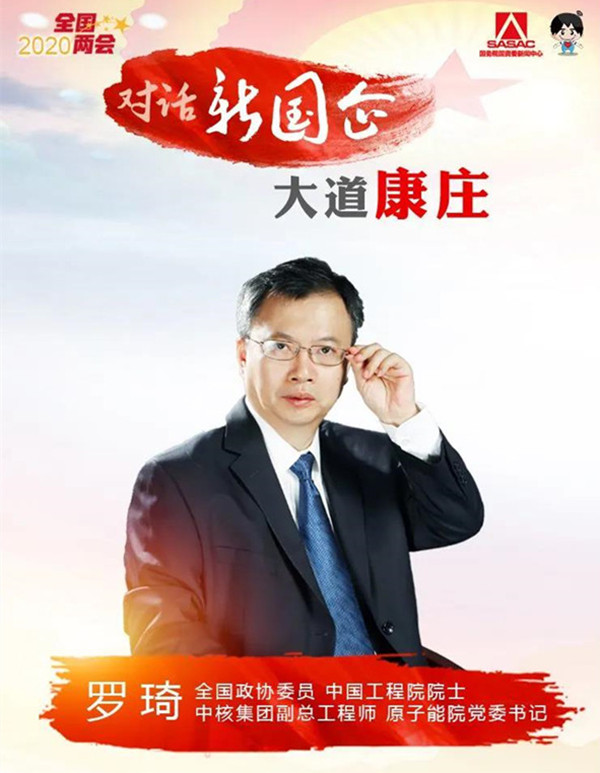 Luo said that adopting nuclear radiation sterilization technology shortened disinfection times for medical materials to one day -- compared with 7-14 days for traditional sterilization measures --  had greatly improved efficiency in the battle against the outbreak.

Also, by irradiating the medical waste, no waste gas or waste liquid is generated, which is energy saving, environmentally friendly and safe, Luo added.

He said that in response to the epidemic, CNNC was developing a new approach -- using isotope labeling technology to produce radiopharmaceuticals to eliminate the coronavirus -- and had made marked progress in the field.

During this year's two sessions, Luo submitted proposals on accelerating the development of nuclear technology applications and expanding the roll out of nuclear medicine in the national medical system.