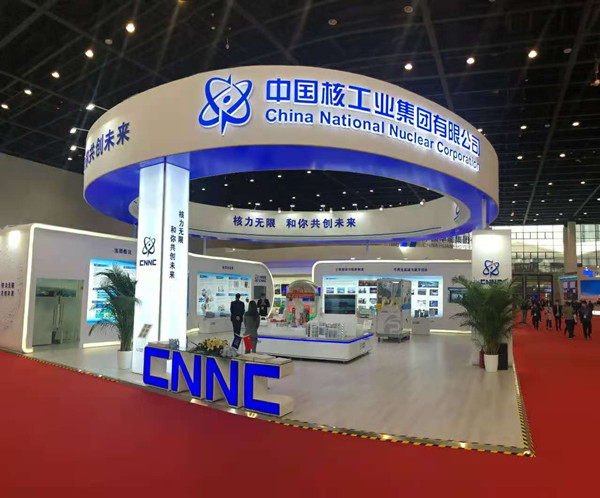 CNNC's booth is set up at the 17th China-ASEAN Expo, held in Nanning, Guangxi Zhuang autonomous region, from Nov 27 to 30. [Photo/CNNC]

This marked the seventh consecutive year that CNNC has participated in the CAEXPO.

CNNC officials attended the opening ceremony of the Expo, as well as making keynote speeches at the 2020 China-ASEAN Power Cooperation and Development Forum. 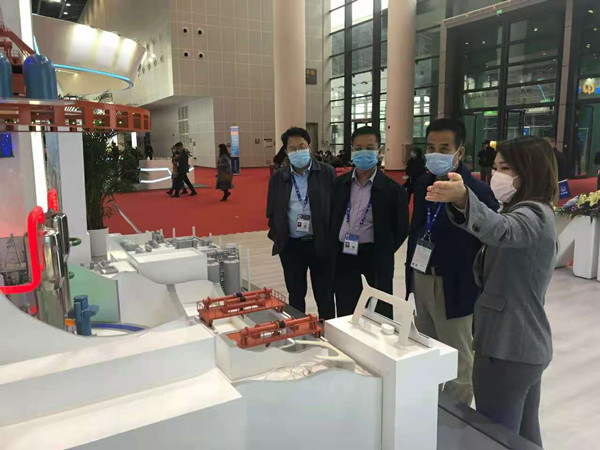 CNNC displays its latest technological achievements at the CAEXPO. [Photo/CNNC]

On Nov 27, during the event, unit 5 of China's Fuqing Nuclear Power Plant, developed by CNNC, was successfully connected to the grid for the first time.

The unit being connected to the grid turned the Hualong One booth into the focus of the event and attracted great attention from the public.