A Brussels-based alliance of NGOs, weCARE, has written to the European Commission, Parliament and Council to urge "a more favourable evaluation at EU level" of nuclear energy for a larger projected share in the future very low-carbon energy mix, in combination with renewable sources, "thereby avoiding a gas lock-in effect". 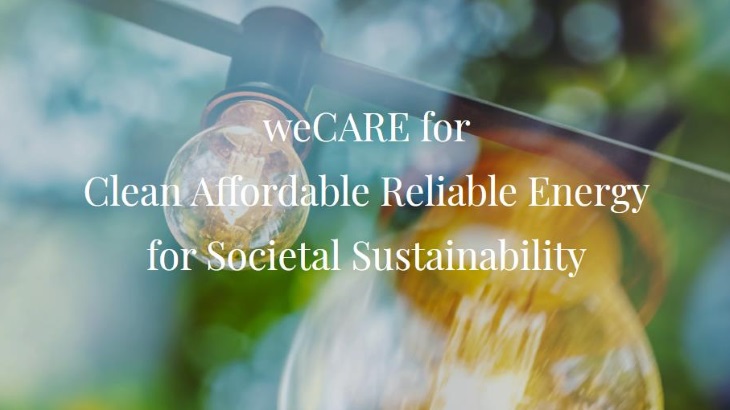 The group asks them to:

"While we take good note of the adoption at the December Council Summit of the very ambitious EU GHG reduction target for 2030, we continue to be deeply concerned not to see any clear positive statements in the most recent EU documents related to the role nuclear energy should play in this endeavour. This is particularly the case for the large majority of financing instruments, which will now be funded following the adoption of the EU Budget (including Next Generation EU). It is even usual for nuclear to be excluded explicitly, which we consider to be a nonsense," the group wrote.

"The allocation of funding is connected to the fate of the Taxonomy for Sustainable Financing, which will have even wider impacts as it will set the rule, not only for EU financing Instruments but also those of other International Institutions and private investment. While nuclear energy has been sidelined pending a further evaluation of the Taxonomy’s DNSH credentials, the two first Delegated Acts on the mitigation of climate change are already close to being finalised."

The group refers to "the myth of green hydrogen".

"Five Member States (Austria, Denmark, Luxembourg, Portugal and Spain) came out at the end of December urging the EU to rely solely on renewable energy sources for the production of hydrogen. weCARE strongly believes this has no economic sense. First because of the low efficiency of the P2P process (Power to Power – renewable electricity used to make and store hydrogen, to produce electricity later when there is deficit in wind and/or sun), but, also because the fleet of large electrolysers would have to operate on an intermittent basis."
It urges the EU to consider the role that nuclear energy can play for the production of hydrogen, either through base load electrolysis, or, after the necessary demonstration phases, by using high temperature Generation IV reactors.