The first overseas Hualong One (HPR1000) nuclear unit — Unit 2 of the Karachi nuclear power plant in Pakistan — was successfully connected to the power network for the first time on March 18 local time. It’s a major milestone in the overseas construction of the Hualong One reactors, a third-generation reactor independently developed by China; on the occasion of the 70th anniversary of the establishment of Sino-Pakistan diplomatic relationship, this also represents a remarkable outcome of the two countries’ consolidating and deepening their all-weather strategic partnership of cooperation, and of their promoting Sino-Pakistan nuclear energy collaboration. 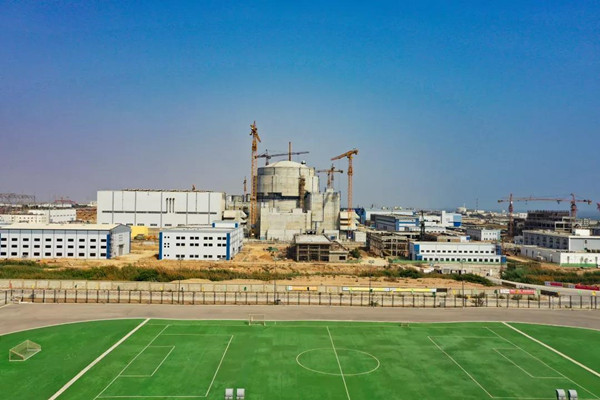 China National Nuclear Corporation (CNNC)’s Hualong One is China’s third-generation nuclear power technology with full intellectual property rights. It was developed and designed based on more than 30 years of experience in nuclear power research, design, manufacturing, construction and operation. With a design life of 60 years, the Hualong One reactor adopts a 177-core design that replenishes the fuel every 18 months. It innovatively uses a combination of “passive and active” safety systems with double containment, which meets the highest international safety standards.

Unit 2 of the Karachi nuclear power plant in Pakistan, the second Hualong One unit that CNNC has synchronised with an electricity grid around the globe, generates approximately 10 billion kWh of electricity per year, meeting the annual demand in industry and in the daily lives of 1 million local residents. This is equivalent to reducing standard coal consumption by 3.12 million tons, cutting carbon dioxide emissions by 8.16 million tons, or planting more than 70 million trees. In addition, the construction of the project has boosted the development of relevant Pakistani industries and provided over 10,000 job opportunities for Pakistan, playing a significant role in improving the local economy and people’s livelihoods. 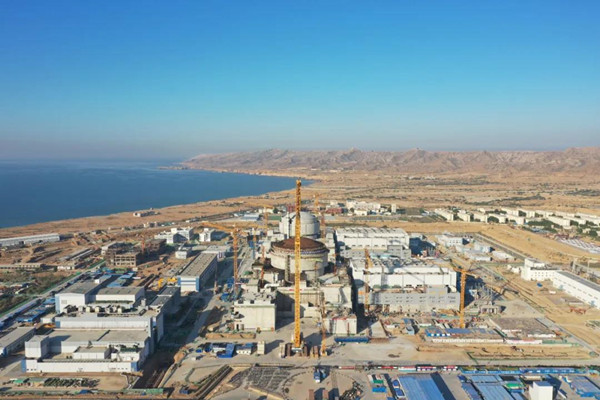 Units 2 and 3 of the Karachi nuclear power plant are contracted to CNNC’s China Zhongyuan Engineering Corporation (CZEC). Currently the construction of the two units is forging ahead steadily with security and quality under control.