Finnish utility Teollisuuden Voima Oyj (TVO) has been granted a permit by the country's Radiation and Nuclear Safety Authority (STUK) to load fuel into the reactor of the Olkiluoto 3 (OL3) EPR. The unit, construction of which began in 2005, is scheduled to enter commercial operation early next year. 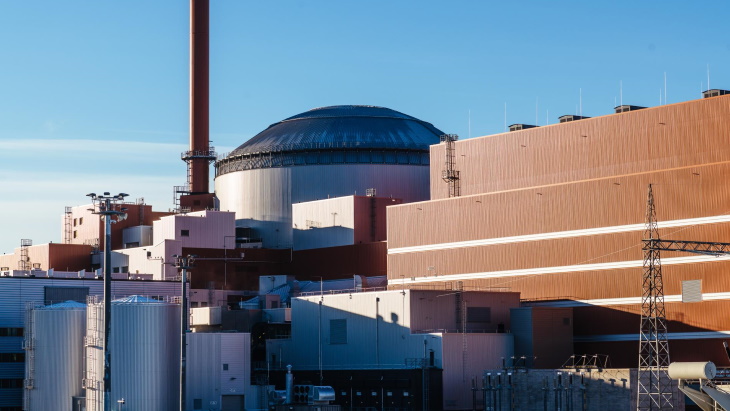 STUK said that by issuing the permit, it has verified that OL3 meets the safety requirements set for it, and TVO's security and emergency arrangements and procedures are sufficient for loading nuclear fuel into the reactor.

The fuel for OL3 arrived in Olkiluoto in 2018. A total of 241 fuel assemblies manufactured in Framatome's plants in Germany and France will be transferred from storage and loaded into the reactor vessel to constitute the first core. To carry out the loading operations, an integrated team of about 40 employees from TVO, Areva and Framatome has been formed. It includes around 15 fuel handlers, personnel specialised in fuel handling operations, and four neutronics engineers in charge of monitoring the core during loading.

"This is the most significant step in the commissioning of the plant unit so far," said TVO's OL3 project director, Jouni Silvennoinen. "OL3 is one of the world's largest and most modern nuclear power plants. The systems have now been rigorously tested, and we will be able to begin fuel loading soon."

The loading of fuel will be followed by a commissioning phase lasting several months during which TVO will conduct a new series of hot functional tests to verify the plant's systems work correctly. These must be completed before the unit achieves first criticality and commissioning for commercial operation. TVO requires authorisation from STUK before advancing from one commissioning phase to another. TVO was granted an operating licence by the Finnish government for OL3 in March 2019.

The OL3 plant supplier consortium - Areva GmbH, Areva NP SAS and Siemens AG - is constructing the unit under a fixed-price turnkey contract. They have joint liability for the contractual obligations until the end of the guarantee period of the unit. The consortium began construction of Olkiluoto 3 in 2005. Completion of the reactor was originally scheduled for 2009, but the project has had various delays and setbacks.

TVO said Areva continues to prepare a financial solution for the completion of the project until the end of the guarantee period. The utility continues negotiations with the Areva-Siemens consortium about the terms of the project's completion.

Once operating at full capacity, the OL3 plant will produce about 13 TWh of electricity annually and increase annual domestic electricity production to nearly 80 TWh. At the same time, the share of nuclear power in Finland's electricity generation mix will rise to more than 40%.

Minister of Economic Affairs Mika Lintilä said the new unit will increase the share of the country's carbon-free electricity production to 90%.

In December 2018, unit 1 of the Taishan plant in China's Guangdong province became the first EPR to enter commercial operation, and was followed by  Taishan 2 in September 2019. The loading of fuel into the Flamanville EPR in France, construction of which began in December 2007, is now scheduled for the end of 2022. Two EPR units are also under construction at Hinkley Point C in Somerset, England.