Uranium companies in Australia and Canada have announced purchases of physical uranium holdings. Boss Resources says its strategic uranium acquisition will strengthen its position as it moves forward towards the restart of the Honeymoon project in Western Australia. Vancouver, Canada-based Uranium Royalty Corp (URC) is to buy USD10 million of physical uranium through a supply agreement with Yellow Cake plc. 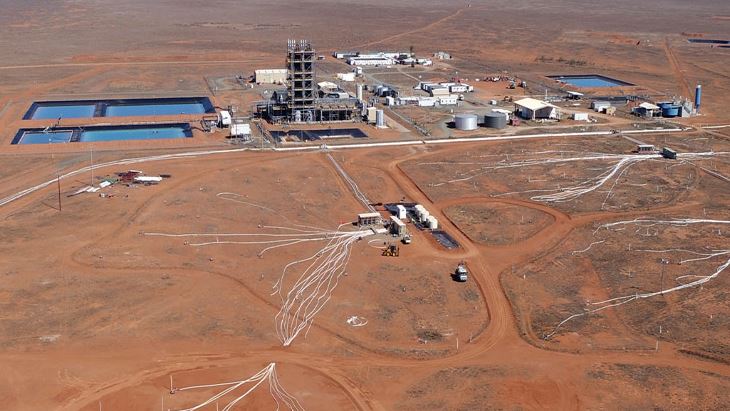 Subiaco, Western Australia-based Boss has entered into binding agreements to purchase 1.25 million pounds U3O8 on the spot market at a weighted average price of USD30.15per pound, and is funding this by a "well-supported" AUD60 million share placement. Boss will acquire the first 0.25 million pounds by the end of April and the remainder by the end of June. The inventory is currently warehoused, at the ConverDyn's facility in Metropolis, Illinois, where it will remain in storage.

"The stockpile will be highly valuable to us on several levels as we secure offtake agreements, finalise project funding and move into production," Boss Managing Director Duncan Craib said. The strategic inventory will enhance Boss's financial position to support the planned re-start of the Honeymoon project, provide increased flexibility in project funding and offtake negotiations with customers, de-risk the Honeymoon restart during commissioning phase; while remaining fully leveraged to any future appreciation of uranium price on the back of tight supply-demand fundamentals, the company said.

Boss is currently working to complete an enhanced feasibility study for Honeymoon, where in-situ leach operations were suspended in 2013. It purchased the project in 2015.

URC announced today it is exercising its option to purchase USD10 million - 348,068 pounds - from Yellow Cake at USD28.73 per pound. Delivery is expected to take place on or around 30 April. 2021. London, UK-based Yellow Cake said it purchased the uranium that is to be acquired by URC in the spot market. URC has an option to acquire from USD2.5 to USD10 million worth of uranium per year from Yellow Cake in each of the nine calendar years commencing on 1 January 2019, up to a maximum aggregate amount USD31.25 million worth of U3O8.

URC CEO Scott Melbye said the exercise gives URC "an initial direct uranium stake at an opportunistic price that is below the most recent spot price of USD30.75 (TradeTech) in what has been a strengthening uranium spot market."

Melbye said the addition of the physical uranium interest further diversifies the portfolio of the company, which also recently announced proposed acquisitions of royalty interests in the McArthur River and Cigar Lake mines.

URC describes itself as a pure-play uranium royalty company focused on gaining exposure to uranium prices by making strategic investments in uranium interests, including royalties, streams, debt and equity investments in uranium companies, as well as through holdings of physical uranium. Its portfolio includes royalty interests in conventional and in-situ leach uranium projects in Canada, Namibia the USA, including under-development projects as well as operational projects that are currently idled.

Yellow Cake said its inventory after the URC purchase is 13.0 million pounds. This includes 100,000 pounds U3O8 recently purchased by the company, which earlier this month announced it would exercise its full 2021 USD100 million uranium purchase option under an agreements with Kazakh uranium producer Kazatomprom.