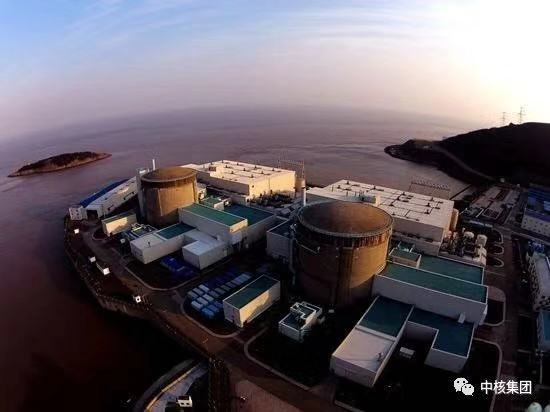 Qinshan Nuclear Power Plant (NPP), located in Zhejiang province, was China’s first NPP and was entirely designed and built using Chinese technology. Operated by Qinshan Nuclear Power Company, a CNNC subsidiary, it has boosted the economy of the town and serves as an example of China’s progress in developing its nuclear power industry.

The Chinese government decided to develop nuclear power in 1970 to address electricity shortages in Shanghai and other areas of East China. Qinshan town was chosen as the place to build the first NPP because of its proximity to the sea and the rarity of extreme weather events

Construction of the pressurized water reactor commenced in 1985, and the first phase of Qinshan NPP was completed in 1991, ensuring the town would play a major part in the story of China’s development of nuclear power.

After that, the second and third phases of Qinshan NPP as well as Fangjiashan NPP were launched. Having developed the ability to build NPPs with gross power outputs of 300 MW, 600 MW and 1,000 MW, China has since become one of a number of countries that have mastered complex nuclear technologies.

As of the end of June 2019, Qinshan NPP has generated a total of 560 billion kilowatt hours, reducing carbon dioxide emissions by 5.4 tons, said Cao Shuilin, deputy secretary of the CPC Party committee of Qinshan NPP, and vice-president of CNNC.

Qinshan NPP has been welcomed by local residents, with the plant bringing many benefits to the local community. And the company opened Qinshan NPP Science and Technology Museum in 2017 to help educate local residents about nuclear power. In addition, the plant contributes to the local government’s tax revenues, enabling it to spend more on welfare and infrastructure.

Since the establishment of Qinshan NPP, China has built up a wealth of experience in the nuclear field, and now the country intends to focus on innovation and exporting its technologies overseas. China has already signed agreements with more than 20 countries to develop nuclear power.