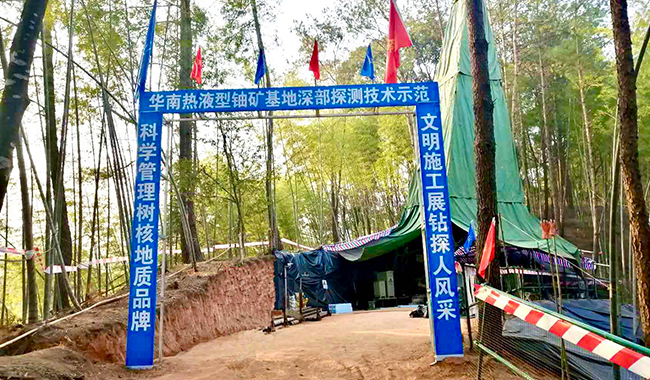 At the end of September, a research team led by Li Ziying from the Beijing Research Institute of Uranium Geology (BRIUG) of China National Nuclear Corporation (CNNC) made significant breakthroughs in prospecting in the deep part of the Changjiang-1 borehole in the mountainous region of Nanling and Zhuguang.