China National Nuclear Corporation (CNNC)'s multi-purpose small modular reactor (SMR) demonstration project began construction at Changjiang Nuclear Power Plant in South China's Hainan Province on July 13. This project became the world's first commercial onshore SMR to start construction, signaling that China is leading the world in terms of SMR technology. It's also another major achievement made by CNNC in terms of implementing the country's innovation-driven development strategy, and a product of the strategic cooperation agreement between CNNC and the Hainan provincial government. 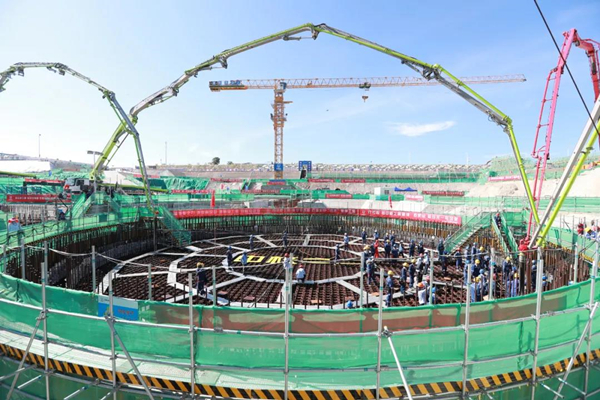 Independent innovation is the soul of the nuclear industry and the core of its competitiveness. The SMR demonstration project uses CNNC's Linglong One technology. Linglong One, also known as ACP100, is a multi-purpose pressurized water reactor (PWR) design developed by CNNC following more than 10 years of independent research and development. It is another significant achievement of independent innovation after Hualong One, CNNC's third-generation nuclear power technology. In 2016, the Linglong One design became the first SMR to pass a safety review by the International Atomic Energy Agency (IAEA).

Unlike traditional nuclear power technologies, SMR technology has such features as being small, modular, integrated, and passive. Safer, quicker to build, and more flexible in deployment, SMRs can be used as clean distributed energy. In addition to generating electricity, they can also be used for sea water desalination, and heating or cooling, among other useful purposes, and can serve as self-contained energy sources for parks, islands, mining areas, and high energy-consuming enterprises.

Each Linglong One unit has a power generating capacity of 125,000 kilowatt (kW). After being completed, it will have an annual power generation capacity of 1 billion kilowatt hours (kWh), meeting the energy demands of 526,000 households. The promotion and application of Linglong One can greatly reduce China's fossil energy consumption, and promote energy saving and emission reductions. This is of great significance in terms of furthering the safe development and independent innovation of nuclear power, as well as providing a green energy guarantee for the construction of the Hainan Free Trade Port. 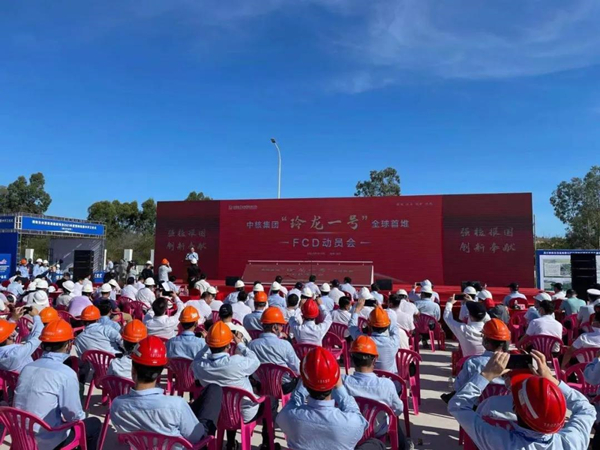 This Changjiang SMR demonstration project is wholly owned by CNNC's China National Nuclear Power. Its construction will enable the implementation and verification of SMR technology in an all-round way, speed up the improvement of China's independent innovation capabilities in the field of SMRs, and lay the foundations for future large-scale construction.

As a safe, clean, and efficient energy source, nuclear power is not only an effective resource to help bring carbon dioxide emissions to a peak and achieve carbon neutrality, but is also complementary to the green and ecological province of Hainan. CNNC has built China's southernmost nuclear power base in the province and a batch of power projects, such as the Changjiang nuclear power project, have been put into operation, solving long-term power shortage issues. A 650,000 kW unit can produce 5 billion kWh electricity annually. This is equivalent to reducing standard coal consumption by 1.5 million tons, cutting carbon dioxide emissions by 3.74 million tons and sulfur dioxide by 29,000 tons, or recreating a forest park the size of Wuzhi Mountain (or Wuzhishan) every three years, providing strong support for Hainan's green growth.