The Canadian government has issued the notice of commencement of an environmental assessment for a small modular reactor project proposed by Global First Power (GFP) with support from Ultra Safe Nuclear Corporation (USNC) and Ontario Power Generation (OPG). The companies describe the move as a significant "first" for the Canadian nuclear industry. 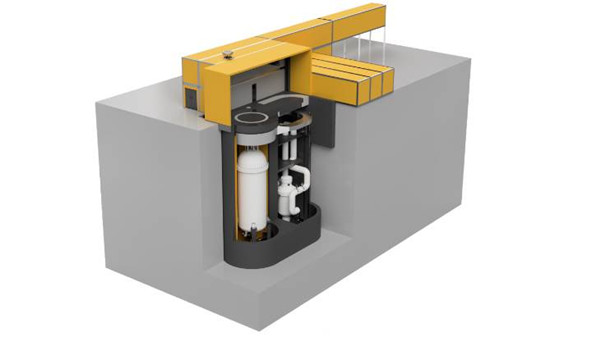 The Micro Modular Reactor is a 15 MW thermal, 5 MW electrical high-temperature gas reactor, drawing on operational experience from reactors developed by China, Germany, Japan and the USA. According to World Nuclear Association information, the reactor uses fuel in prismatic graphite blocks and has a sealed transportable core. The reactor completed the first phase of the Canadian Nuclear Safety Commission pre-licensing vendor design review process in January.

If approved, the proposed project would serve as "a model for future SMR deployments that could support remote industrial applications and provide a viable option to displace fossil fuel use", the three said in a joint statement on 15 July. It involves the site preparation, construction, operation, and decommissioning of a single MMR at the Chalk River Laboratories site, located in Renfrew County, Ontario, about 200 km northwest of Ottawa.

Dominique Minière, president of nuclear at OPG, said the project was a 'first-of-a-kind in Canada' opportunity, and Joe Howieson, GFP CEO, said they looked forward to continuing its engagement with indigenous communities, local residents, and other stakeholders.

CNSC is seeking comments from the public and indigenous groups on the project description.

"The CNSC has reviewed the project description, and has determined that it was written in accordance with the Prescribed Information for the Description of a Designated Project Regulations under the Canadian Environmental Assessment Act, 2012. Detailed information about the project will be available in the environmental impact statement, which will be submitted by Global First Power at a later stage of the environmental assessment process," the commission said.

Comments on the project description must be submitted by 14 August.