Uranium market not yet ready for Cameco restarts, says CEO

Although uranium market challenges are easing, Cameco CEO Tim Gitzel says there is still far to go before the Canadian uranium company restarts operations at McArthur River/Key Lake. Gitzel made the comment during the presentation of its second quarter results yesterday. 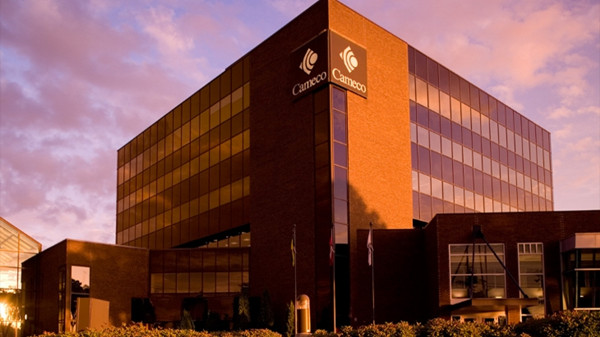 The company reported a net loss of CAD23 million (USD17.5 million) for the second quarter of 2019 and an adjusted net loss of CAD18 million, down from losses of CAD76 million and CAD28 million, respectively, for the same period in 2018.

"Our results reflect the outlook we provided for 2019 and the normal quarterly variations in contract deliveries, which are weighted to the second half of the year," Gitzel said.

He noted the 13 July arbitration tribunal ruling in Cameco's contract dispute with Tokyo Electric Power Company Holdings. The tribunal rejected Tepco’s assertion that it had the right to terminate its uranium supply agreement alleging force majeure, and awarded damages to Cameco of USD40.3 million. While pleased with the ruling in Cameco's favour, the company was "disappointed" with the size of the damages.

He also highlighted the decision by US President Donald Trump not to impose new trade restrictions on imports of foreign uranium into the USA under Section 232 of the Trade Expansion Act, and to establish a nuclear fuel working group to further analyse the state of US nuclear fuel production.

"We are pleased with the decision and will support the efforts of this working group in any way we can," he said. "As a commercial supplier of uranium for zero-carbon energy generation, with idle production capacity in the US, we want to see this industry succeed.

"So there is some progress being made on the issues creating uncertainty for market participants. However, make no mistake, there is still a long way to go before we decide to restart McArthur River/Key Lake. We can’t lose sight of the fact that while we have a true value strategy, there are still others in our industry who lack conviction, experience, or are still over-producing their committed sales volumes and using the spot market for surplus disposal."

Long-term fundamentals reflect a growing demand story and a market where the uranium price "needs to transition", he said. The uranium price currently reflects surplus disposal in the spot market, and this is also dragging down the long-term price, he added.

"The long-term price will eventually need to transition to one that will incent existing tier-one production to restart and ramp up to full capacity to satisfy that growing demand, with the spot price then reflecting a discount to the long-term price."

Cameco indefinitely suspended production at Key Lake/McArthur River in 2018 as part of its long-term strategy to focus on its so-called tier-one assets and align production to keep pace with market signals. Its US in situ leach projects - Crow Butte and Smith Ranch-Highland - and the Rabbit Lake mine in Canada have been suspended since 2016. The strategy requires it to purchase uranium on the spot market when necessary to meet its sales commitments.