Recommendations made for Finnish waste management

Finland must ensure appropriate management of all existing and future radioactive waste, regardless of its origin, producer or production method, a working group set up by the Ministry of Economic Affairs and Employment (TEM) has said. Meanwhile, another working group has made recommendations for improving the investment of assets under the country's nuclear waste management fund. 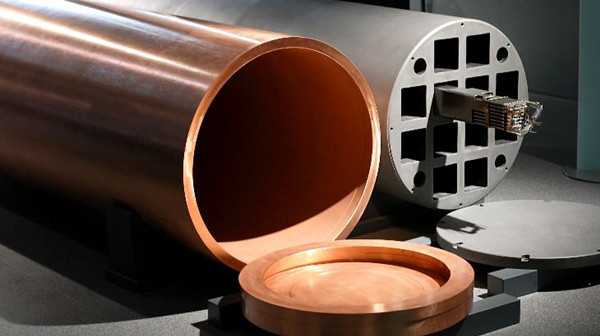 Used fuel is to be stored in copper canisters within the repository under construction at Olkiluoto (Image: Posiva)

In June 2017, TEM appointed the National Cooperation Group on Nuclear Waste Management to explore the objectives, development measures and alternative solutions for the safe and cost-effective long-term management of nuclear waste and other radioactive waste.

The working group - chaired by Liisa Heikinheimo from TEM - submitted its final report to Minister of Economic Affairs Katri Kulmuni on 2 September.

The development of nuclear waste management in Finland has been well in line with the government's 1983 decision in principle concerning the objectives of research, development and planning of nuclear waste management, the group says. The objectives set out in the decision have so far been well achieved. It notes the next major goal is to start the final disposal of used nuclear fuel, which, according to the decision of principle, should start around 2020.

The working group says the requirements of the Nuclear Energy Act and the Radiation Act should be "convergent" and independent of the way waste is produced.

"The confrontation of these laws, as well as the application of international instruments and the drafting of lower regulations, have proven to be important and areas for improvement."

According to the group, Finland must have in place procedures that cover the processing, storage and disposal of all nuclear waste as well as other nuclear waste originating in Finland.

"It is expedient to primarily use the existing infrastructure to implement waste processing and final disposal," the report says. "This will require cooperation and development of the nuclear facilities' licence procedures. From the licence holder's perspective, cooperation is feasible if it does not affect companies' electricity production or the social acceptability of operations. However, making changes to the licences of nuclear facilities is slow and expensive, and it will complicate cooperation with other licence holders."

The group notes that licence procedures could be developed by legislative means. However, "every effort should be made to ensure flexibility while upholding the important principles of the Nuclear Energy Act such as a risk-conscious approach to safety, the correct level of decision-making, the opportunity of locations to influence, and society's participation."

The report calls for steps to be taken to develop cooperation in areas covered by the Nuclear Energy Act, the Radiation Act and the Waste Act. It recommends updating the national programme for the management of nuclear waste and other radioactive waste provided for in Directive 2011/70/Euratom of the European Union to cover waste covered by both the Nuclear Energy Act and the Radiation Act.

"Waste exempted from supervision in accordance with the Nuclear Energy Act and the Radiation Act has been found to be non-hazardous in terms of radiation properties, so that it is transferred to the supervision under the Waste Act. However, certain prejudices are still attached to such waste, which makes its appropriate management more complicated.

"The authorities should cooperate in promoting the elimination of prejudice by providing adequate and timely information," the group says.

Another working group, tasked with assessing the legal standards that regulate the investment activities of the National Nuclear Waste Management Fund and the investment instruments available to it, has also submitted a report to TEM. That report proposes various ways of improving the regulation and administration of the investment of assets under the fund.

The fund - which has been in operation for more than 35 years - currently has assets of about EUR2.6 billion (USD2.9 billion). An increase is expected following the commissioning of Olkiluoto unit 3. Operations of the fund are expected to continue well into the 2100s, until the existing obligations have been met.

The purpose of the fund is to raise, hold and reliably invest the funds that will be used to manage nuclear waste in the future. The fund's capital consists of the annual contributions of those with a legal obligation to manage nuclear waste, as well as the fund's returns. The Nuclear Energy Act contains provisions regarding the National Nuclear Waste Management Fund, its duties and its activities.

The group, which was appointed by TEM in April 2018, says the regulation and administration of the investment of assets under the fund "can be amended in a way that provides opportunities for better long-term fund performance while at the same time ensuring that there are enough assets available to cover the costs of nuclear waste management."

The working group proposes that raising the risk level in the fund's investment activities to enable higher returns may be done by reducing the amount lent from the fund through measures such as limitations on premium lending. This would permit longer-term investment and a wider selection of investment instruments. It suggests the lending option available to licensees could be limited, for example to 60% of all the fund's assets, and the government lending option could be replaced with an obligation to invest at least 20% of the fund's assets in government bonds. "This way, part of the fund's assets would always be available for investment activities other than premium lending."

The group also proposes alternatives for the organisation and administration of the risk management of fund's lending and investment activities, and of the fund itself.

Utilities TVO and Fortum are responsible for the management and disposal of their low and intermediate-level operational wastes. An underground repository at Olkiluoto for such wastes has been in operation since 1992. It is designed to be expanded to take eventual decommissioning wastes. A similar facility at Loviisa was commissioned in 1997.

The final disposal of used nuclear fuel is managed by Posiva Oy, which was set up in 1995 as a joint venture company between TVO (60%) and Fortum (40%). Construction work on a deep geological repository at Olkiluoto for encapsulated used fuel started in 2016. Operation of the repository is expected to begin in 2023.