The China Institute of Atomic Energy under the China National Nuclear Corporation (CNNC) is responsible for the nuclear security work for the on-going second China International Import Expo (CIIE), which opened in Shanghai on Nov 5 and will run to Nov 10.

It is the second time that the institute, or CIAE, has taken on the nuclear security work for the expo, following the first session held last year.

It is also the sixth time that the CIAE has taken on the nuclear security work for big events held in the country this year.

It follows the second Belt and Road Forum for International Cooperation, the 2019 FIBA Basketball World Cup, the 2nd Youth Games of the PRC, celebration event for the 70th anniversary of the founding of the PRC and the 7th World Military World Games.

CIAE's radioactive substance detecting system offered professional technical services during the first import expo in Shanghai, which was highly spoken of by experts from the organizing committee.

This year, more than 70 such systems have been called into service during the 2nd expo, and five technicians will provide 24-hour technical guidance and services at the scene.

Over recent years, the CIAE has developed various nuclear security products that have been widely used in international and national big events, as well as at key public areas -- providing an efficient safeguard for people and winning a good reputation around the world.

Officials said the institute has put a lot of focus on opening up its nuclear security technologies and equipment -- attending international conferences to expand its profile -- as well as exporting equipment to the International Atomic Energy Agency (IAEA), Tanzania, Uganda, and other countries, to help ensure world nuclear security.

This September, the CIAE was approved as a nuclear security technical collaboration center for the IAEA, representing the first of such kind in China. 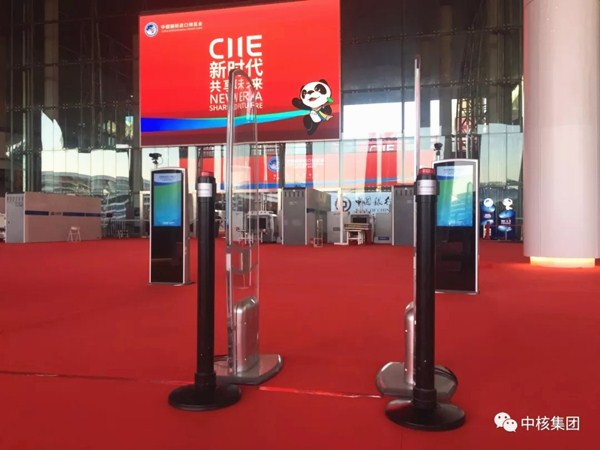