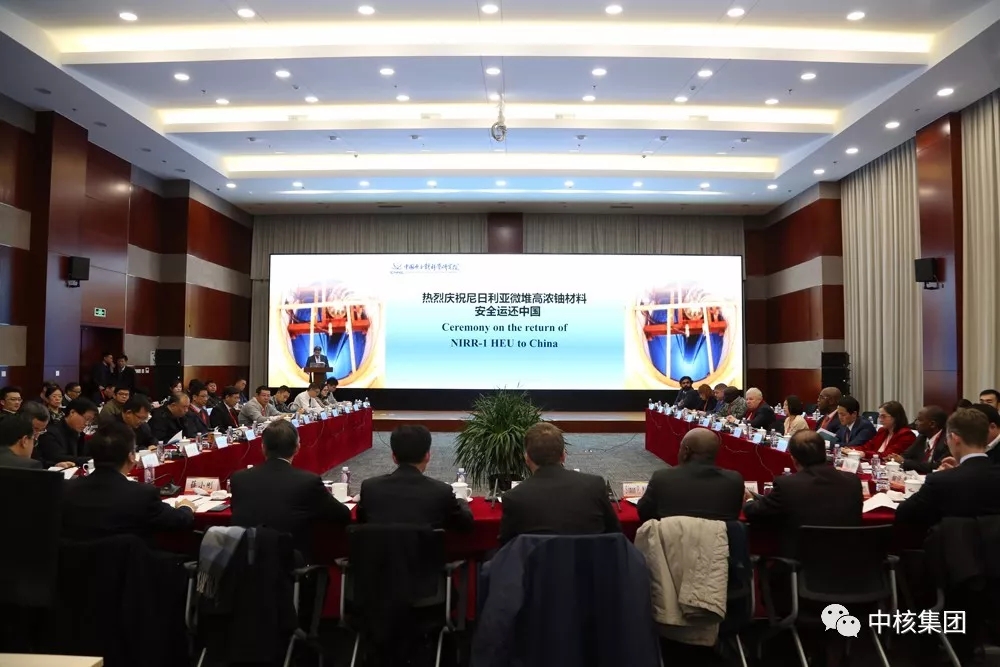 The achievement is another example of CNNC delivering on the commitment made by Chinese President Xi Jinping at the Nuclear Security Summit, following the completion of the Ghana LEU-MNSR project.

It also marks China’s contribution to reducing and finally eliminating the civilian use of highly enriched uranium fuels, as well as to preventing international nuclear proliferation.

Reducing the enrichment of uranium fuels at MNSRs entails the replacement of HEU assemblies to LEU assemblies without any changes in the size of the reactor core.

The converted MNSR can keep the functions of the original one, but with an improved security performance and longer service life. China’s engagement in the conversion program demonstrates its resolution to fulfill its international obligations and help build an international nuclear security system.