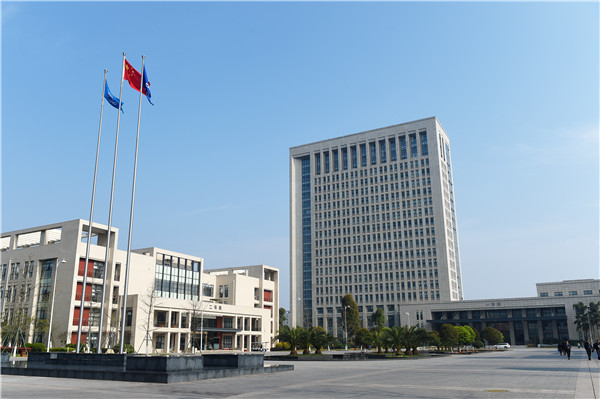 NPIC is currently staffed by more than 2,400 professionals, among whom there are three academicians of the Chinese Academy of Engineering and more than 1,700 professors, senior engineers, and engineers, . NPIC has 90 laboratories including two national key laboratories and two national energy R&D centers covering more than 50 subjects and specialties. More than 1,500 national or provincial (ministerial) awards have been granted to NPIC, together with more than 100 patents. It has also established a postdoctoral mobile research station and a doctorial and master's degree conferring unit for several subjects in China.

Based on its advanced facilities and strong technical capability, NPIC plays a significant role in high technology fields and in the industry system supporting advanced energy exploration in China. Since its foundation, it has independently designed and constructed seven nuclear facilities such as the first high flux engineering test reactor in China, gaining recognition as the reactor valley of China. In the "615" base constructed in the 1990s, there are 18 large scale test facilities for reactor engineering R&D, which are the most advanced in China and highly ranked throughout the world. Now, NPIC is constructing a new comprehensive R&D base incorporating basic research, design, testing, engineering verification and development of key equipment.

NPIC provides a series of specialized technical services for nuclear power plants and research reactors, including overhauls and regular maintenance, supply of special tools, qualification of nuclear equipment and treatment of radioactive waste and other services. NPIC has developed a series of primary products such as nuclear reactors for sea water desalination, low temperature nuclear heat supply, isotopes for civil use and various kinds of medical treatment machines, industrial flaw detectors, a series of "Yunke" anti-rheumatism pharmaceuticals and new materials for reactors.

In the past 55 years, NPIC has made a great contribution to the national economy and to the development of the nuclear power industry, and been honored as the Cradle of Nuclear Engineering in China by Mr. Wu Bangguo, the former chairman of the Standing Committee of the National People's Congress (NPC) of China. Facing the future, NPIC will adhere to its motto of Independent Innovation and Scaling of New Heights, and achieve its development goal of being the top R&D center for nuclear engineering in China and a world-leading institute.