A total of 13 D15B well cars, the 100-ton spent fuel cargo package railway transport vehicles that are independently manufactured by China, successfully rolled off the production line on Nov 27. 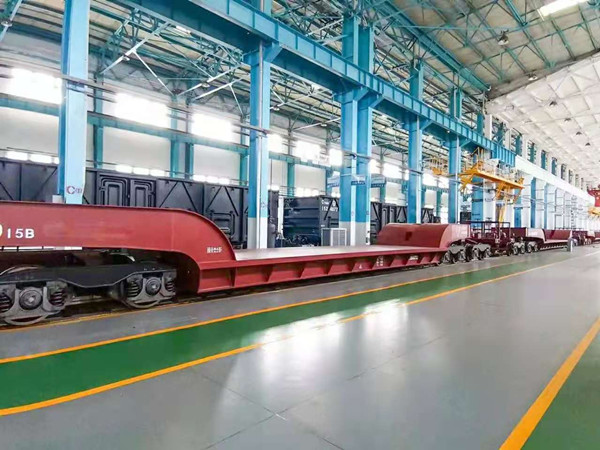 Spent fuel is the nuclear fuel that is discharged after one or more fuel cycles in a nuclear reactor or nuclear power plant.

In addition to containing a certain amount of radioactive waste, it also contains many valuable substances, such as unfissioned and newly-formed fission nuclides (uranium-235, uranium-233, plutonium-239) and fission products that can be used as radioactive source isotopes (such as strontium-90, cesium-137). These nuclides have recycling value.

With the development of China's nuclear energy industry, the need for the reprocessing of spent fuel from nuclear power plants is extremely urgent.

The basic structure of the D15B well car is composed of the underframe, the running part, the coupler buffer device and the braking device. The vehicle has a dead weight of about 50 tons and a load capacity of about 150 tons. It is suitable therefore for transporting bulky and heavy cargo.

By making the vehicle underframe into a concave shape, the height of the load-bearing surface is effectively reduced, and goods with high dimensions such as spent fuel packages can be shipped. At the same time, the lower vehicle bearing surface can also effectively reduce the center of gravity of the vehicle, making the vehicle and cargo more stable during transportation, and ensuring the transportation safety of spent fuel packages. 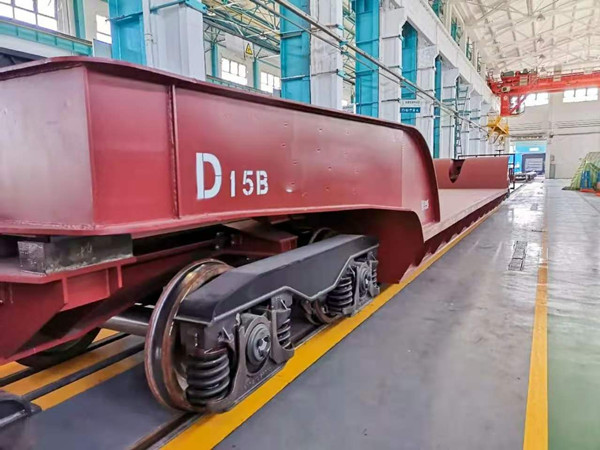