The HL-2M tokamak reactor is completed in Chengdu, Sichuan province, and realizes its first discharge on Dec 4. [Photo/CNNC]

This has laid a solid foundation for the independent design and construction of China's nuclear fusion reactor. 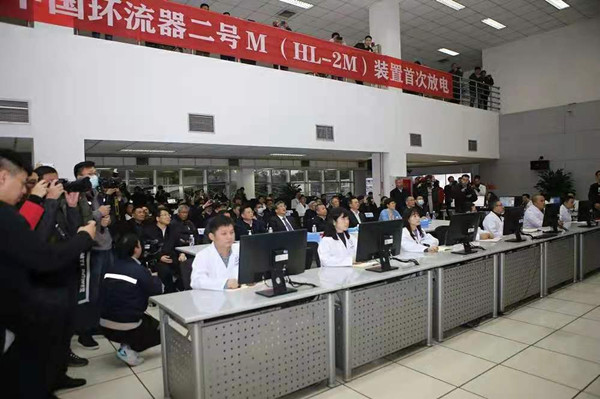 The HL-2M tokamak reactor is completed in Chengdu, Sichuan province, and realizes its first discharge on Dec 4. [Photo/CNNC]

The HL-2M tokamak reactor is currently the largest advanced tokamak device in China with the highest parameters. It is the country's next-generation advanced magnetic confinement nuclear fusion experimental research device.

The device adopts an advanced structure and control method, the plasma volume is more than twice that of existing domestic devices, the plasma current capacity is increased to more than 2.5 megaamps, and the plasma ion temperature can reach 150 million degrees. This means it can achieve high density, high specific pressure, and high bootstrap current operation.

It is an important supporting device in terms of realizing the leap-forward development of China's nuclear fusion energy development, and it is also an indispensable platform on which China can digest and absorb ITER technology.

The project was approved by the China Atomic Energy Authority in 2009, and was independently designed and constructed by the Southwestern Institute of Physics of China National Nuclear Corporation (CNNC). 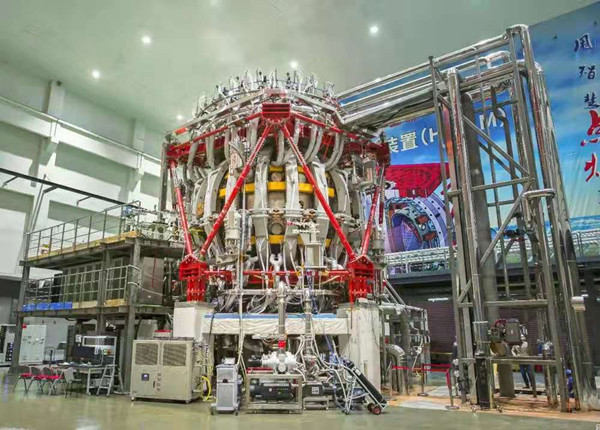 The HL-2M tokamak reactor, developed by the CNNC Southwestern Institute of Physics [Photo/CNNC]