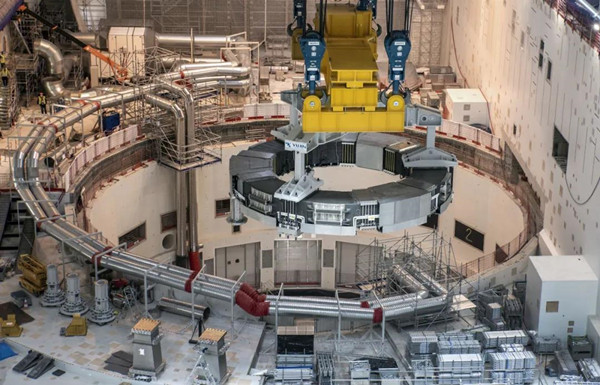 The sixth Poloidal Field (PF6) coil of ITER (the International Thermonuclear Experimental Reactor) was successfully inserted in the Tokamak pit, the heart of ITER experiment, in Cadarache, France, on April 21 local time, marking the beginning of the assembly of ITER’s magnet system. This is the second major installation event in 2021 completed by TAC1, a China-France consortium that is led by China Nuclear Power Engineering under China National Nuclear Corporation (CNNC). The PF6 coil was manufactured by the Institute of Plasma Physics of the Chinese Academy of Sciences (ASIPP), a member of the consortium. Being the world’s heaviest ITER superconducting magnet at the bottom-most level of the Tokamak, the coil was also one of the most difficult to manufacture.

The huge PF6 coil is the first among all of ITER’s magnet coils to be inserted. Composed of nine double-pancake-shaped coils and a series of supporting accessories, the PF6 coil weighs up to 400 tons, which is equivalent to two Boeing 747 airplanes. With an external diameter of about 11.2 meters, the coil winds up a NbTi superconductor that stretches to 13.5 kilometers. It is one of the most important coils that will determine the successful operation of the ITER Tokamak. 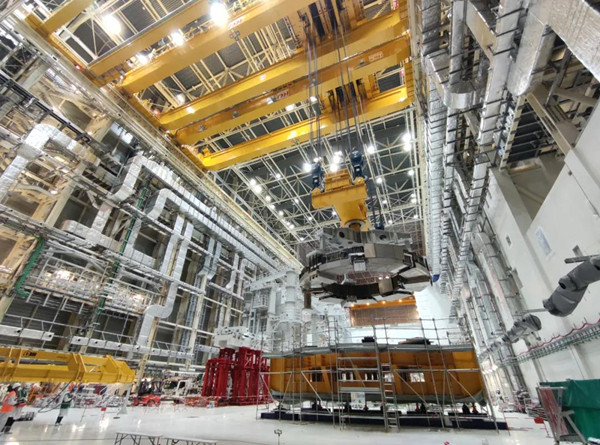 It was a highly demanding task to lift the PF6 coil and install it into ITER. The TAC1 team carried out many rehearsals for this moment. Through eight hours of concerted efforts and close collaboration, the team completed the entire insertion operation in one attempt.