Unit 2 of the Karachi nuclear power plant (K-2) in Pakistan was officially put into commercial operation on May 20, local time. It not only signals the completion of the first overseas Hualong One (HPR1000) unit, but is a further achievement of China-Pakistan nuclear energy cooperation this year, the 70th anniversary of the establishment of diplomatic relations between the two countries.

Units 2 and 3 of the Karachi nuclear power plant, both overseas Hualong One demonstration projects, are major innovative achievements for China’s nuclear industry in terms of realizing its independence. They are also a significant step in terms of the two countries deepening their all-weather strategic partnership of cooperation. 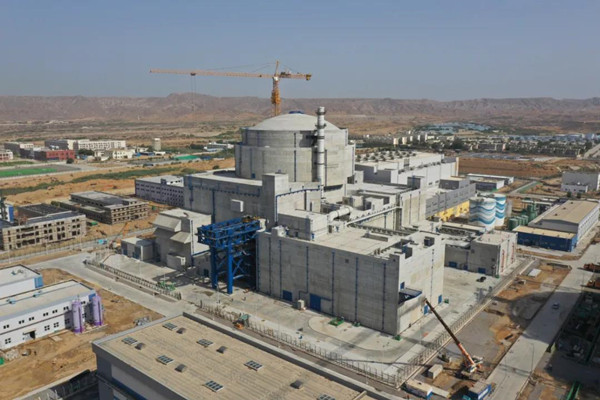 Contracted to China National Nuclear Corporation (CNNC)'s China Zhongyuan Engineering Corporation (CZEC), Karachi’s units 2 and 3 are the largest cooperative projects in construction between China and Pakistan. Construction of Karachi unit 2 began on August 20, 2015 and the unit was connected to the grid in March this year. Construction of Karachi unit 3 began in May 2016. It is expected to be put into commercial operation in early 2022.

It is expected that each unit will generate approximately 9 billion kWh of electricity per year after completion, meeting the annual demand of electricity of more than 4 million households in Pakistan. This is equivalent to reducing standard coal consumption by 3.12 million tons, cutting carbon dioxide emissions by 8.16 million tons, or planting more than 70 million trees. The projects are significant to optimizing Pakistan’s energy mix, bringing global carbon dioxide emissions to a peak, achieving carbon neutrality and jointly addressing the global climate crisis. 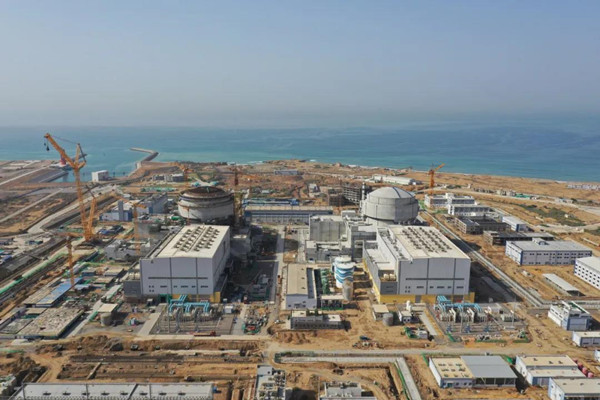 Nuclear energy cooperation is a reflection of a high degree of mutual political trust between China and Pakistan. Pakistan is the first “port of call” of Hualong One as it goes global, and also the first overseas country to which China’s nuclear projects have been exported.

Hualong One is the CNNC's third-generation nuclear power technology with full intellectual property rights. It was developed and designed based on more than 30 years of experience in nuclear power research, design, manufacturing, construction and operation. With a design life of 60 years, the Hualong One reactor adopts a 177-core design that replenishes the fuel every 18 months. It innovatively uses a combination of "passive and active" safety systems with double containment, meeting the highest international safety standards. It is one of the most widely-accepted third-generation nuclear power reactors in the current nuclear power market. To date, a total of eight nuclear power units using Hualong One technology are in construction or in operation at home and abroad, with safety and quality in a good state of control.