Groups representing academics, activists, engineers, environmentalists, entrepreneurs, unionists, and concerned citizens have written to Illinois lawmakers urging them to pass a bill that would create carbon mitigation credits for four nuclear plants - including two that are at risk of closure - before the current legislative session ends on 31 May. 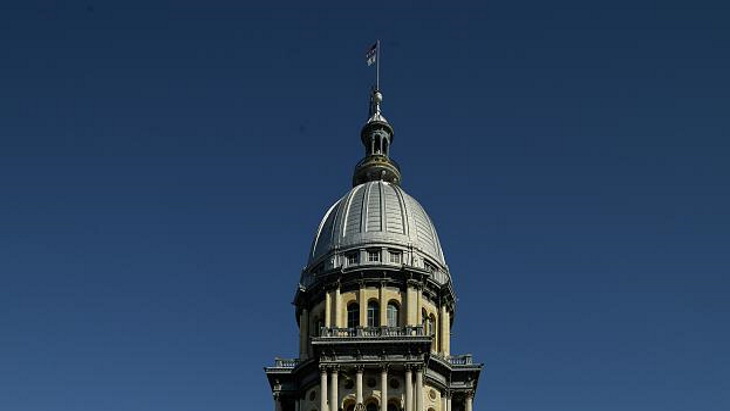 The Climate Union Jobs Act (CUJA) is one of several clean energy bills currently under consideration by the Illinois General Assembly, and would amongst other things create 74 million megawatt-hours of carbon mitigation credits for facilities including Exelon's Braidwood, LaSalle, Bryon and Dresden nuclear plants. Two of Illinois' nuclear plants - Clinton and Quad Cities - are already participating in the state's Zero Emission Credit programme and would not be eligible for credits under CUJA.

The 24 May letter says: "We  write …. as  a  coalition  of  academics,  activists,  engineers,  environmentalists,  entrepreneurs, unionists, and concerned citizens that care deeply about addressing the climate crisis with evidence-based policies. We seek your assistance in preventing the imminent and permanent shutdown of the nuclear plants Byron and Dresden, which provide one third of Illinois’ carbon-free electricity. The premature shuttering of these plants will materially undermine Illinois’ goal of zero-carbon electricity by 2030, increase electricity cost to consumers, eliminate over 1500 well-paying union jobs, devastate communities that host the nuclear plants, and diminish the state’s economic vitality. We are urging you to do whatever is needed to keep all of the Illinois plants open."

Exelon CEO Chris Crane earlier this month reiterated that the company will go ahead with the closure of Byron and Dresden later this year if the state does not pass policy reforms to support their continued operation before the end of the current session. Byron's two pressurised water reactors are licensed to operate for another 20 years but would shut in December, while Dresden's two boiling water reactors would shut in November despite having a decade of their operating licence remaining.

Together, Byron and Dresden supply some 30% of Illinois' carbon-free energy. "Losing Byron and Dresden increases annual greenhouse gas emissions by over 26 million tonnes CO2," the letter states. "Further, attempting to completely decarbonise Illinois with solar and wind would necessitate a massive encroachment on arable lands and generate an inordinate amount of e-waste. Lastly, reaching decarbonisation without employing firm carbon-free energy like nuclear will mean massive increases in costs to ratepayers."