France's Framatome on June 1 announced its acquisition of Valinox Nucléaire SAS - which specialises in the production of seamless steam generator tubes for nuclear power plants - from Vallourec Group. Valinox now becomes a subsidiary of Framatome and retains its brand name. 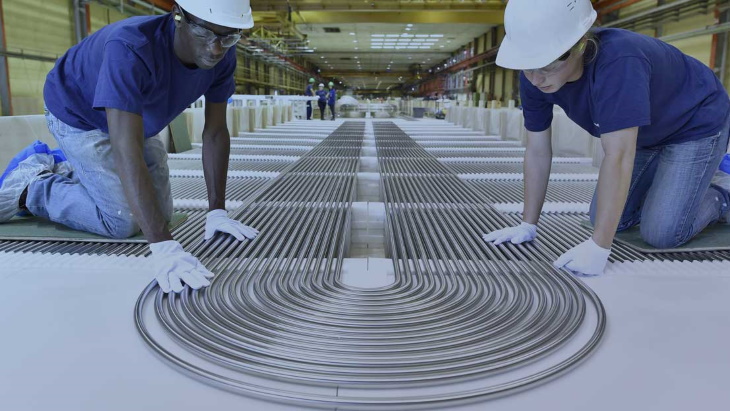 "All required regulatory approvals and authorisations have been obtained and employee representative bodies have been consulted, making this transaction possible," Vallourec said in a statement today.

Founded in 1974, Valinox's 95,000-square-metre metallurgical workshops are located in Montbard, Burgundy. This region is known for its expertise in mechanical engineering for the nuclear industry and is home to several Framatome plants.

Framatome noted the seamless steam generator tubes represent the only interface between the primary and secondary systems in pressurised water reactors. The tubes transfer heat from the reactor to the secondary loop to produce steam that drives a high-power turbine to generate electricity.

Framatome said its acquisition of Valinox "supports meeting the challenges of the French nuclear industry in terms of maintaining and renewing its nuclear fleet."

"This acquisition strengthens our strategy to ensure the continuity of a strong skill base and industrial expertise in the production of components for all types of nuclear reactors," said Framatome CEO Bernard Fontana. "We are committed to serving our customers with solutions that enhance the reliability and competitiveness of low-carbon electricity generation in nuclear power plants in France and around the world."

Vallourec - a French manufacturer of seamless stainless steel tubes - said Framatome's acquisition of Valinox will allow it to "fully integrate the French nuclear sector, to benefit from potential synergies with this major player and to provide it with new sales opportunities."