Fuel loading has started on the first unit of the world's first pebble-bed modular high-temperature gas-cooled reactor (HTGR) nuclear power demonstration project on August 21. This is a major milestone in the construction of the HTGR demonstration nuclear power plant. 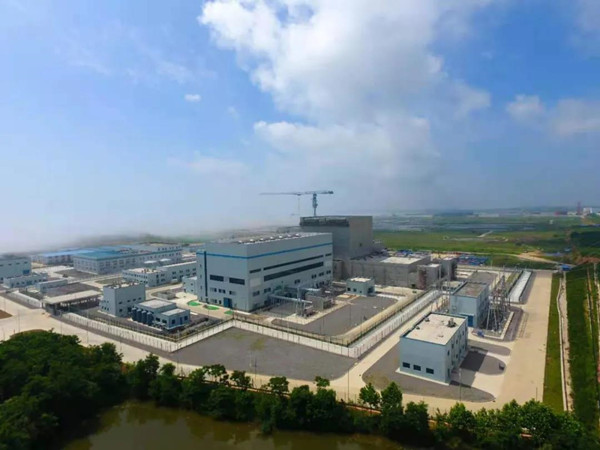 It is also an achievement of the China National Nuclear Corporation (CNNC), Tsinghua University, the China Huaneng Group and others in promoting the realization of the goals of bringing carbon dioxide emissions to a peak and achieving carbon neutrality, and in facilitating the high-quality development of China's nuclear industry. This achievement has laid the foundation for subsequent commissioning work, and marks a key step towards accelerating the industrialization of HTGRs and taking a leading place in the global fourth-generation nuclear power technology.

The high-temperature gas-cooled reactor is an advanced fourth-generation nuclear energy technology of which China has independent intellectual property rights. In any disaster, core meltdown will not happen in this kind of reactor, which meets the high requirements of nuclear safety. Realizing the efficient and multi-purpose utilization of nuclear energy, the HTGR has broad development prospects.

The HTGR demonstration nuclear power plant is in Rongcheng city, East China's Shandong province. With its designed electric power being 200MW, the reactor has twin reactor modules, each driving a single steam turbine. CNNC's Chinergy is the main contractor of the project. The HTGR demonstration plant started construction on December 9, 2012 and completed cold and hot functional testing on March 29 this year. It received the operating license from the National Nuclear Safety Administration in August and its first connection to the gird is scheduled later this year.