A team of International Atomic Energy Agency (IAEA) officials are in Japan to officially launch a multi-year review of the planned release of treated water at the Fukushima Daiichi nuclear power plant. It is the IAEA's first mission as part of its review and monitoring assistance to support Japan before, during and after the discharge of treated water, which is expected to start in 2023. 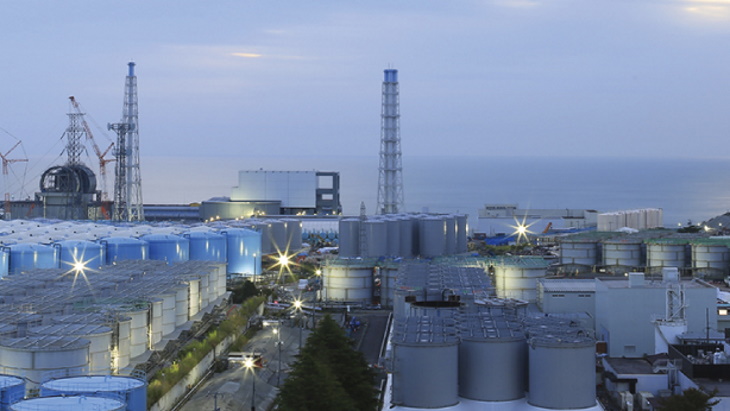 At the Fukushima Daiichi site, contaminated water is treated by the Advanced Liquid Processing System (ALPS), which removes most of the radioactive contamination, with the exception of tritium. This treated water is currently stored in tanks on-site. The total tank storage capacity amounts to about 1.37 million cubic metres and all the tanks are expected to be full around the summer of 2022.

In April, the Japanese government announced its formal decision that the treated water stored at the Fukushima Daiichi site will be discharged into the sea. The basic policy calls for the ALPS-treated water to be discharged "on the condition that full compliance with the laws and regulations is observed, and measures to minimise adverse impacts on reputation are thoroughly implemented". Japan intends to start releasing the treated water around spring of 2023, and the entire operation could last for decades. Last month, Tokyo Electric Power Company announced plans for the construction of an undersea tunnel, about 1 kilometre in length, for the discharge of the treated water.

The IAEA has agreed to provide technical support in monitoring and reviewing Japan's safe and transparent implementation of its plan to discharge the treated water to sea. The IAEA will examine key safety elements of the plan, including: the radiological characterisation of the water to be discharged; the safety-related aspects of the water discharge process and its roadmap; the assessment of the radiological environmental impact with regard to the protection of people and the environment; the regulatory control including authorisation, inspections and review and assessment; and the environmental monitoring associated with the discharge.

During their first mission, the IAEA team will meet in Tokyo with senior officials of the Japan Nuclear Regulation Authority, the Ministry of Economy, Trade and Industry, and the Ministry of Foreign Affairs. The team - headed by IAEA Deputy Director General and Head of the Department of Nuclear Safety and Security Lydie Evrard and including Gustavo Caruso, coordinating director for the IAEA project - will also travel to Fukushima Daiichi to discuss technical details with experts at the site and to observe key activities and locations of interest for the Agency's review.

"The Agency is supporting Japan to ensure that the entire operation to discharge the water over the coming decades is conducted in a way that is consistent with international safety standards," said IAEA Director General Rafael Mariano Grossi. "During this week's mission, the team will discuss the timeline for our reviews, in particular at the site, to ensure the discharge is undertaken in a safe and transparent manner."

An IAEA Taskforce, including internationally recognised experts from Member States and chaired by the IAEA coordinating director, has been set up to oversee the programme of technical assistance and review the plans and actions related to the treated water discharge.

"The IAEA's reviews will mobilise senior experts, with diverse backgrounds and extensive experience, to provide both national and international stakeholders with relevant and comprehensive information, in a timely manner, regarding the safety of the discharge of the water," said Deputy Director General Evrard. "This will also contribute to transparency and as such, to building the confidence of the public regarding the safety of the water discharge."