Robots to guard for fire at Kalinin plant

A firefighting system using artificial intelligence has been tested at Russia's Kalinin nuclear power plant and will be installed in the turbine hall as a pilot project. The head of Rosenergoatom's fire service, Valery Kharevsky, said it is designed for preventative monitoring, automatic fire detection and fire extinguishing without direct involvement of staff. 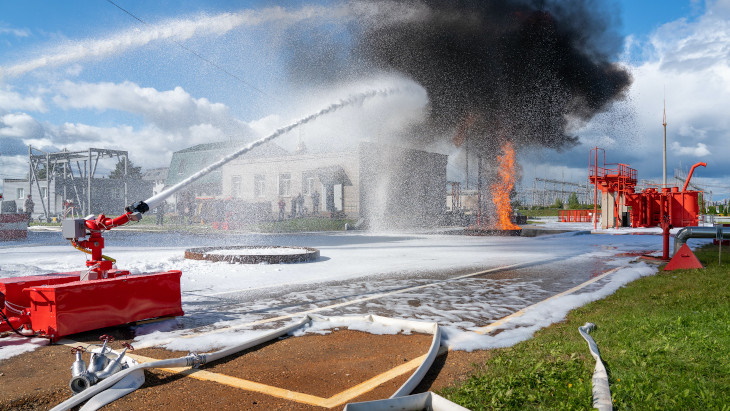 The robotic system deals with a blaze under test conditions at Kalinin (Image: Rosenergoatom)

The system continuously monitors conditions and determines for itself whether to take action based on temperature as well as the presence of combustible gases such as hydrogen.

"The robots themselves determine the required extinguishing action," said Rosenergoatom, "taking into account the type of initiating event, the dynamics of the development of the emergency situation and the supply of fire extinguishing agents."

Development of the pioneering system was launched in February this year with a budget of RUB50 million (USD690,000), according to Rosenergoatom statements. It has now been successfully tested at the Kalinin plant's firefighting range and will be installed in the plant's turbine hall on a pilot basis.

"In the future, the use of these technologies could be extended to conventional power plants, oil and gas, space and other industries," said Rosenergoatom.