Consideration of small modular reactors (SMRs) for the Caribbean island of Puerto Rico is advancing to the second stage. Having concluded such a deployment was feasible, the Nuclear Alternative Project (NAP) is now looking at siting requirements. Speaking at World Nuclear Association's Annual Symposium yesterday, Eddie Guerra of NAP said the results of a study currently underway "will help to move the discussion how the sites will fit and how they will align with the minigrids already planned." 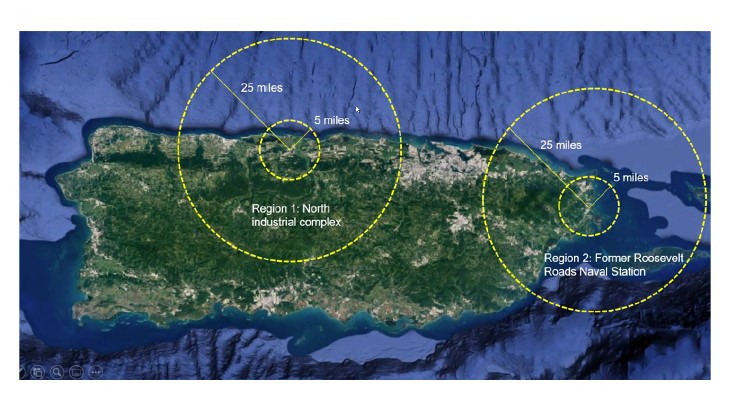 Speaking at World Nuclear Association's Annual Symposium yesterday, Eddie Guerra of NAP said the results of a study currently underway "will help to move the discussion how the sites will fit and how they will align with the minigrids already planned."

It follows a conclusion made in a NAP study last year that SMRs are feasible in the Puerto Rican context. The assessment was made according to International Atomic Energy Agency criteria.

Key to the analysis is Puerto Rico's energy strategy, which is to rebuild from the damage of 2017's Hurricane Maria in a more resilient way by creating a web of microgrids. Some 3000 MWe of the island's 3247 MWe of operable power units will be replaced by 2025, with solar expected to take an ever-increasing share of generation.

However, the dynamics of island grids are challenging for solar. Puerto Rico has a steady level of demand at around 2500 MWe, with peaks of around 3000 MWe. Last year's NAP feasibility study said only nuclear reactors can complement the intermittency of renewable power sources with zero-emission baseload power generation. At the same time, a high degree of flexibility to load follow would be required from any units joining a solar-dominated grid.

Despite being relatively small and separate from the continental USA (of which it is an unincorporated territory), Puerto Rico has a GDP of USD104 billion, which is higher than several states, including Hawaii, New Hampshire and Idaho. Almost half of this comes from manufacturing, but energy prices remain high - around 19 cents per kWh whereas the price in most US states is in the range of 9-11 cents per kWh, according to figures Guerra presented.

Applying the requirements of the Nuclear Regulatory Commission, NAP has so far identified two potential sites. One lies on the island's north coast near an industrial hub; the other on its east coast at the former Roosevelt Roads Naval Station. Guerra said the ongoing study "aims to develop a list of suitable sites with ranking and plant parameter envelopes for Puerto Rico."

Guerra noted that the NAP team has been contacted by other small and island nations keen to share information the potential use of SMRs, with Singapore, Cyprus, Tasmania in Australia, Bahrain and Indonesia facing similar challenges to Puerto Rico, particularly the profile of high and year-long baseload demand. In addition they need to decarbonise, end their reliance on imported fossil fuels, and increase resilience while managing the intermittency of rapidly growing renewable generation, he said.