International Atomic Energy Agency (IAEA) Director General Rafael Mariano Grossi led 13 nuclear power industry firms and utilities from 11 countries in announcing the establishment of the Group of Vienna on the sidelines of the IAEA's 65th General Conference on Sept 22, as well as issuing the Joint Statement of the Group of Vienna. Yu Jianfeng, chairman of the China National Nuclear Corporation (CNNC), attended the inaugural meeting and shared his thoughts. 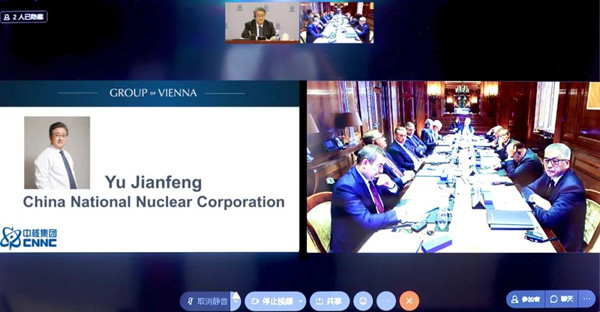 Yu talked about China's goals of bringing carbon dioxide emissions to a peak by 2030 and achieving carbon neutrality by 2060, and the latest developments and prospects in the nuclear energy sector. He emphasized that nuclear power is a key driving force for the realization of a clean and modern energy transition, and the safe, economic and sustainable development of global nuclear power requires the joint efforts of governments, the nuclear industry and the international community. He said he hopes the Group of Vienna can gather the forces of various parties, build consensus on development, boost public confidence in the nuclear energy sector, and promote nuclear policy research and the formulation of international nuclear power standards in order to enable nuclear power to make greater contributions to the development and progress of human society.

Leaders in the nuclear industry from various countries conducted in-depth exchanges on the status quo of the global nuclear power industry, the challenges and opportunities the industry is facing, and how to harness the role of the Group of Vienna. Participating countries include China, the United States, Russia, the United Kingdom, France, Finland, Japan, Canada, Brazil, Argentina, and Kazakhstan. 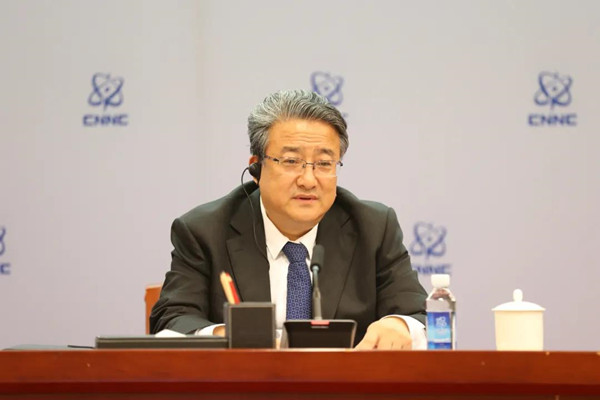 The Group of Vienna, an initiative of IAEA Director General Grossi, will provide a high-level dialogue platform for the global nuclear industry. It will hold regular discussions on important developments and innovations in the nuclear energy sector and foster the role of nuclear technologies in meeting environmental, social, and economic goals, and in addressing such global challenges as climate changes and the health and well-being of people.

Grossi said the Group of Vienna will gather together the most prominent leading companies in the global nuclear industry, adding that he will do everything he can through the platform to work together with pillar forces that are committed to protecting Earth and jointly bolster the deployment of nuclear technologies for peaceful purposes.

CNNC, as the only Chinese corporation in the group, demonstrated its development strength and international influence at the conference.