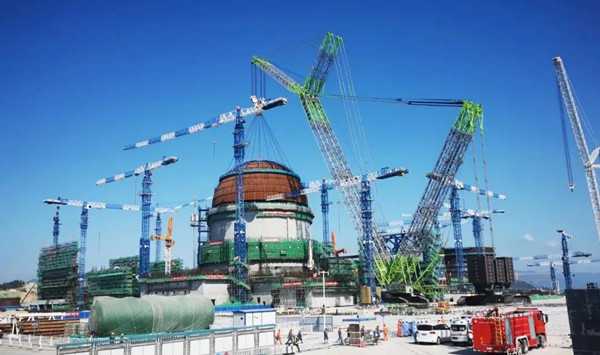 The inner dome of the China National Nuclear Corporation (CNNC) Zhangzhou nuclear power plant's unit 1 was lifted into place and installed on Oct 27, meaning that the unit has shifted from the construction stage to the installation stage.

Zhangzhou unit 1 is the first unit of the mass construction of Hualong One. The successful installation of its inner dome represents a solid step in this process. 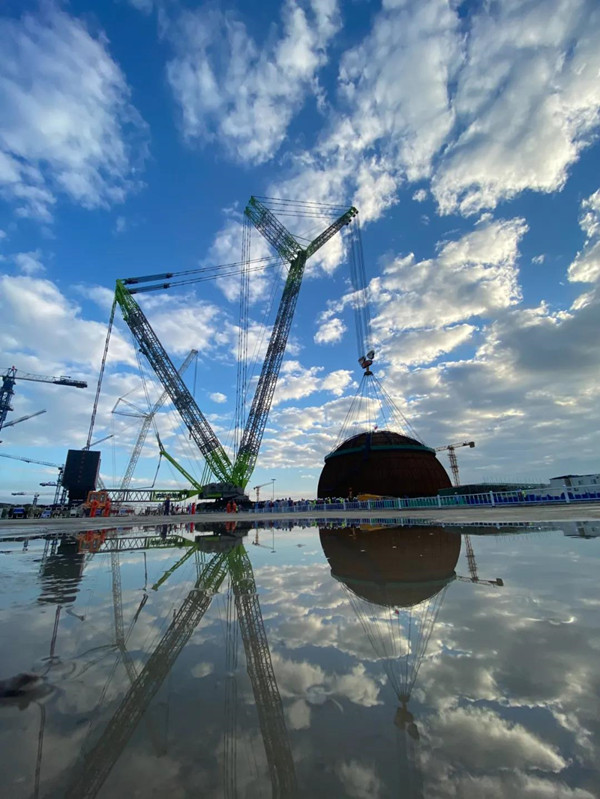 The installation of the dome is an important milestone in the construction of nuclear power projects. The dome is located on top of the nuclear island. Its main function is to ensure the integrity and leak tightness of the reactor building, and it plays a key role in the containment of radioactive substances.

Hualong One is China's third-generation nuclear power technology with full intellectual property rights. It is one of the most widely accepted third-generation nuclear power reactors in the current market. It innovatively uses a combination of passive and active safety systems with double containment, meeting the highest international safety standards. 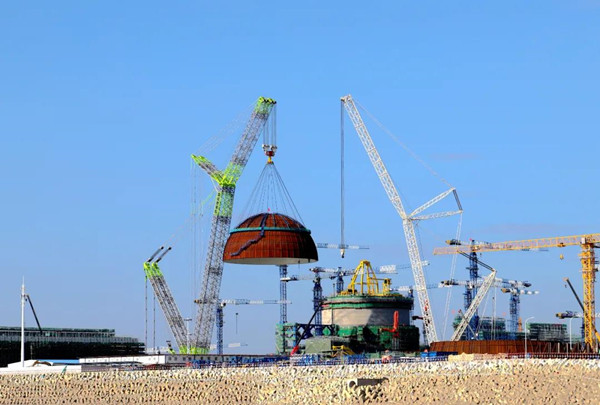 Each Hualong One unit generates approximately 10 billion kilowatt-hours of electricity per year, meeting the annual electricity demands of 1 million people in moderately developed countries. This is equivalent to reducing standard coal consumption by 3.12 million tons, cutting carbon dioxide emissions by 8.16 million tons, or planting more than 70 million trees. Hualong One is a major achievement of CNNC in helping achieve China’s peak carbon and carbon neutrality goals. 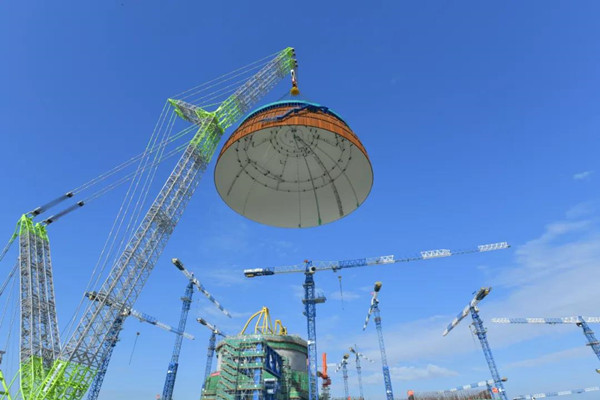