Unit 3 of the Karachi nuclear power plant in Pakistan completed hot functional testing on Nov 4 ahead of schedule, meaning that the unit has entered the fuel loading stage. Karachi unit 3 is the second overseas Hualong One unit. 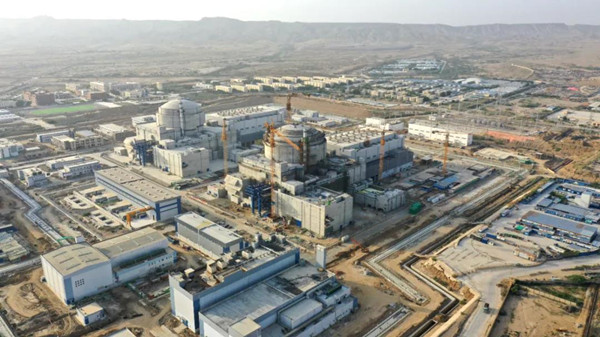 Hot functional tests involve increasing the temperature of the reactor coolant system and carrying out comprehensive tests to ensure that coolant circuits and safety systems are operating as they should. Carried out before the loading of nuclear fuel, such testing simulates the thermal working conditions of the power plant and verifies that nuclear island and conventional equipment and systems meet design requirements.

Each Hualong One unit generates approximately 9 billion kilowatt-hours of electricity per year, meeting the annual electricity demands of more than 4 million households in Pakistan. This is equivalent to reducing standard coal consumption by 3.12 million tons, cutting carbon dioxide emissions by 8.16 million tons, or planting more than 70 million trees. This is of great significance for optimizing Pakistan's energy mix, achieving peak carbon and carbon neutrality goals and jointly tackling the global climate crisis.

In addition, the construction of the projects has boosted the development of Pakistan's economy and relevant Pakistani industries. They directly provide over 10,000 job opportunities for Pakistan citizens, and indirectly create a further 40,000 job opportunities through the value chain, playing an important role in improving the local economy and people's livelihoods.