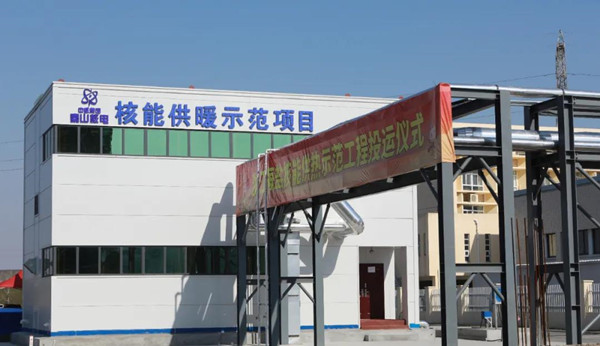 It took less than four months for the nuclear plant to complete the construction of the phase-one demonstration project, which will serve as an example for the implementation of large-scale heating services in southern China in the future.

During the construction period, the nuclear plant formulated the first renovation plan in the world for an all-modular nuclear heating project. It used digital simulation methods and intelligent heating design concepts to help resolve difficulties in the construction of relevant pipelines in southern China and set up a smart heating management platform for work arrangement, patrols, inspection and maintenance.

Nuclear heating technology is mature and has been widely in use in many countries around the world. The nuclear heating process produces heat exchange without any medium exchange and end-users are exposed only to safe water that is isolated behind multiple layers.

The demonstration project in Haiyan is anticipated to boast an annual heating capacity of 704,000 GJs and support heating service for four million square meters of area per year when it is fully operational by the end of the 14th Five-Year Plan (2021-25) period. In addition, it is expected to save 196 million kilowatt-hours of electricity or 24,600 tonnes of standard coal consumption annually, reducing emissions of 1,817 tons of sulfur dioxide, 908 tons of nitrogen oxide and 59,000 tons of carbon dioxide yearly.