The Swedish government has stated that it intends to announce a decision on the expansion of the existing SFR repository for low and intermediate-level waste at Forsmark on 22 December. In a press conference today, Minister of Climate and Environment Annika Strandhäll said a decision on the application for a final repository for used nuclear fuel at Oskarshamn will be announced on 27 January. 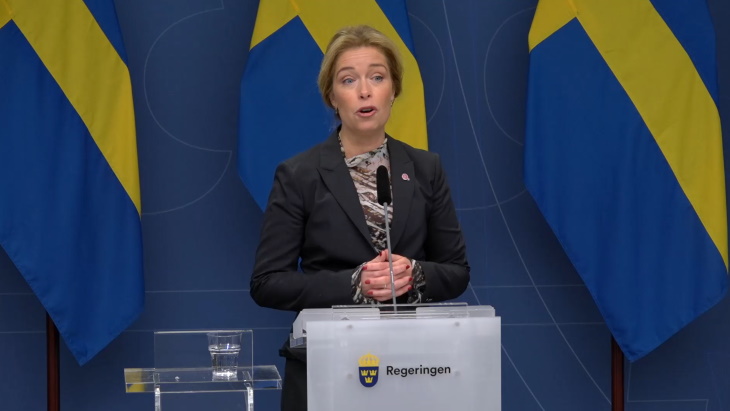 The SFR repository at Forsmark, in the municipality of Östhammar, is situated 50 metres below the bottom of the Baltic Sea and began operations in 1988. The facility currently has a total final disposal capacity of about 63,000 cubic metres of waste. SKB applied in December 2014 to triple the size of the facility, to about 200,000 cubic metres. The applications were submitted to the government by the Land and Environment Court and SSM in November 2019.

The government announced on 26 August its decision to approve an expansion of the existing Clab interim repository for used fuel while continuing to consider SKB's application for an encapsulation plant and final repository. A new round of consultations on these with SSM and the Nuclear Waste Council subsequently began. The decision came despite industry warnings that separating the applications would create future disruptions to electricity supply due to a lack of interim used fuel storage capacity.

Announcing the dates on which decisions will be made on these applications, the government said in a statement: "The cases have the highest priority and the government works actively to ensure the safe handling of all issues ... Sweden's residents should be able to feel secure that the government has examined all issues and treated them with the respect they demand. The final repository must handle life-threatening radioactive waste for long periods of time and it is extremely important that it is correct."

It added: "In a case involving the storage of nuclear waste, high demands are placed on data and investigations. All issues need to be adequately investigated before the government makes a decision. When the final repository cases were handed over to the government in January 2018, they were not ready for decision. The government has been working on the cases since they came in and is now taking final measures prior to the decision."