The first well has been drilled at the Kolichikan uranium deposit in Russia's Republic of Buryatia, near the border with Mongolia. It will be an in-situ leach uranium mine with around 237 wells. 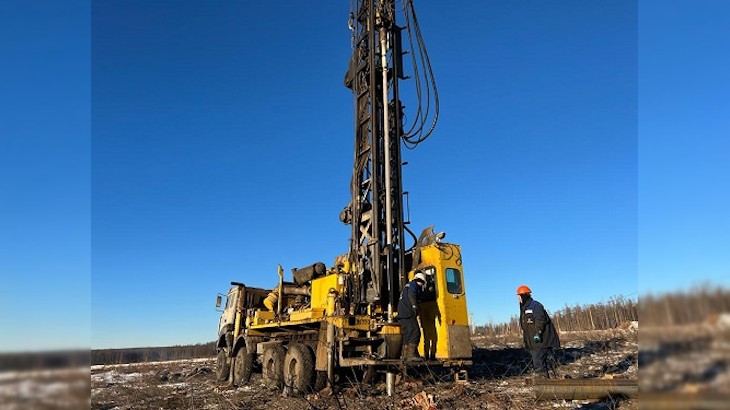 "The temperature is about -20°C - optimal, we don't freeze," said Petr Menshikov, the master of drilling of Rusburmash, the specialist subsidiary of Atomredmetzoloto (ARMZ) which is carrying out the work in permafrost. "The planned task will be completed on time," said Menshikov.

Kolichikan is in the Khiagda orefield and is being developed by an ARMZ subsidiary named after it, JSC Khiagda.

In-situ leach development of the deposit was given regulatory approval in August and pilot development by Rusburmash began soon after.