Finnish nuclear laws to be revised

Finland's Ministry of Economic Affairs and Employment (TEM) announced it is launching legislative preparations aimed at a comprehensive reform of the country's Nuclear Energy Act. It said the future use of nuclear energy - including new technologies such as small modular reactors - requires "appropriate and up-to-date legislation." 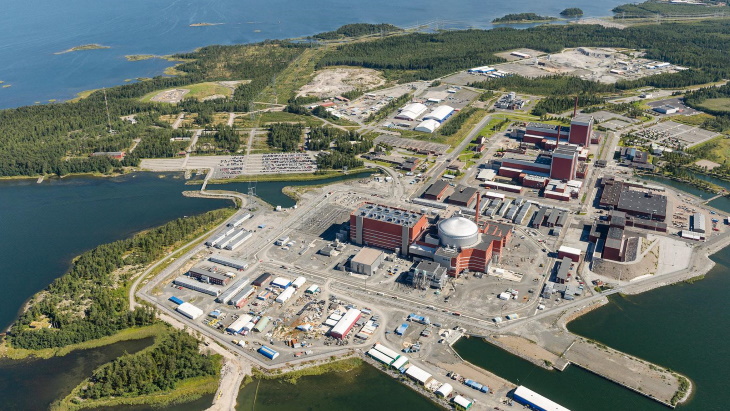 The ministry said it is carrying out the reform so "the production of nuclear energy will continue to be in the general interest of society, safe and economically viable."

The ministry said the operating environment of nuclear facilities is also changing and the regulatory framework for nuclear power generation needs to be reformed in the light of these developments. "New players, operating models and technologies are emerging in the industry, such as small modular reactors (SMRs). A carbon-neutral energy system requires zero-emission production of electricity and heat, where increasing the use of nuclear energy is one of the solution options.

"SMRs do not eliminate relevant issues of safety, security arrangements or, for example, the management of nuclear waste management. If we are talking about district heating plants, they must also be built quite close to population centers."

Issues covered by the legislation will continue to include nuclear and radiation safety, security arrangements, safeguards and nuclear liability, TEM noted.

However, the ministry said the Finnish regulator - the Radiation and Nuclear Safety Authority (STUK) - must be provided with "sufficient various control tools in legislation to ensure the safe operation of existing large nuclear power plant units and potential SMR power plants." It added, "It is necessary to lay down more precisely the criteria for the rights and obligations arising from the use of nuclear energy.

The draft revised legislation is expected to be submitted for consultation during 2024. The government's proposal to Parliament is due at the end of the next parliamentary term, with the law entering into force in 2028.

Under the Nuclear Energy Act 1987, TEM is responsible for supervising nuclear power operation and for waste disposal. The National Nuclear Waste Management Fund works in cooperation with the ministry. TEM represents Finland in international organisations concerned with nuclear energy. STUK is responsible for regulation and inspection, and advising on licensing. It operates under the Council of State (effectively the government), which licenses major nuclear facilities including uranium mines. STUK is administered by the Ministry of Social Affairs and Health, and is supported by four advisory committees - on nuclear safety, radiation safety, security, and general.