Nuclear makes a comeback in the Netherlands

The Netherlands' new coalition government has placed nuclear power at the heart of its climate and energy policy. Some EUR500 million (USD564 million) has been earmarked to support new nuclear build in the period to 2025. 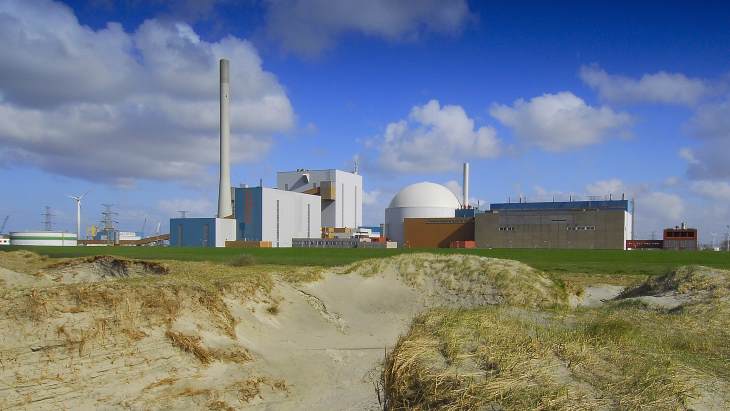 "We want to make every effort to keep our country and our planet liveable and habitable," wrote the VVD, D66, CDA and ChristenUnie parties. Today they released the coalition's plans for the period to 2025 as the result of negotiations that began after the general election in March.

"Nuclear energy can complement solar, wind and geothermal energy in the energy mix and can be used to produce hydrogen," the document said. "It also makes us less dependent on gas imports."

"That is why the nuclear power plant in Borssele will remain open longer, with due regard for safety," said the government. The 482 MWe single-unit plant has operated since 1973 and meets around 3% of the country's electricity needs.

"This government is also taking the necessary steps to build two new nuclear power stations," the policy continued. "This means, among other things, that we will facilitate market parties in their explorations, support innovations, invite tenders, review the government's contribution (financial and otherwise), and put legislation and regulations in order where necessary."

Accordingly, the government said it would provide financial support to the goal of building new nuclear power plants. It outlined EUR50 million (USD56 million) for this in 2023, EUR200 million in 2024 and EUR250 million in 2025.

It anticipated that cumulative support for new nuclear would reach EUR5 billion by 2030, while not assuming the power plants would be online by that time.

This nuclear investment will support higher ambition on climate. "In order to be climate-neutral by 2050 at the latest, we are raising the 2030 target in the Climate Act to at least 55% CO2 reduction," the policy said. "In order to meet this target, we have agreed to focus our policy on a higher target, which is around 60% in 2030." Subsequent goals are a 70% reduction in CO2 emissions by 2035 and 80% by 2040.

Elsewhere in the energy sector, the government will support wind deployment while focusing solar deployment on rooftops rather than open land. Gas production will be phased out in Groningen and the government will not issue new licences for production in the Wadden Sea, close to the coast. Gas production in the North Sea will be supported because it reduces imports. The use of woody biomass will be restricted to fuels sourced within the EU so that its sustainability can be closely monitored.