Finnish utility Teollisuuden Voima Oyj (TVO) has received permission from the country's Radiation and Nuclear Safety Authority (STUK) to bring the Olkiluoto 3 (OL3) EPR to first criticality and conduct low-power tests. The unit is expected to begin generating electricity at the end of January, with regular electricity production starting in June 2022. 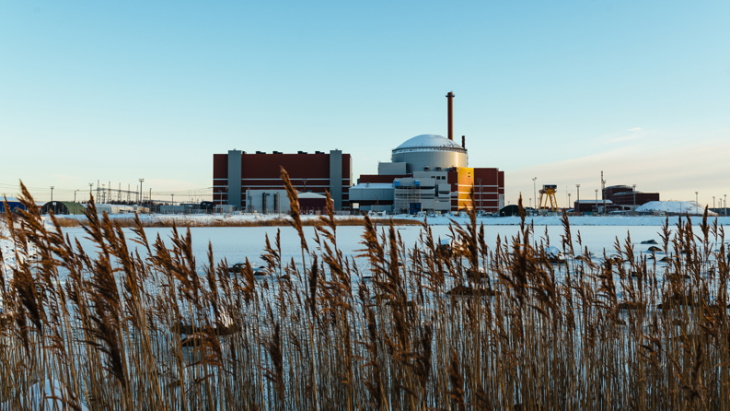 Fuel has already been loaded into the core of OL3. The reactor has been in a commissioning phase during which time TVO has conducted a new series of hot functional tests to verify the plant's systems work correctly. Initial hot functional tests - carried out without nuclear fuel in the reactor - were completed in 2018.

STUK will now verify the preparedness for startup at the plant before the reactor is made critical. In this context, it will check that the open issues presented in the criticality and low-power test permission decision are in order.

Once the 1600 MWe EPR reaches first criticality - that is, it achieves a sustained chain reaction - low-power tests will be conducted to ensure that the reactor core behaves as anticipated and that the plant and its systems are functioning as planned when the reactor is working in power operation. During the low-power tests, the unit will not yet be connected to the national electricity grid.

Once low-power tests are completed, the reactor's power will be gradually increased and further commissioning tests conducted. STUK will oversee the most significant tests on site and check the results of the commissioning tests. During the power tests, permits issued by STUK are required for power levels of 5%, 30% and 60%. Electricity production starts at a power level of 30%. Power tests ensure that the plant functions in different power levels as planned, and the plant behaviour during operational occurrences is also tested.

The Areva-Siemens consortium is constructing the OL3 plant under a fixed-price turnkey contract. They have joint liability for the contractual obligations until the end of the guarantee period of the unit. Construction of Olkiluoto 3 began in 2005. Completion of the reactor was originally scheduled for 2009, but the project has had various delays and setbacks.

"We are now moving step by step with a safety-first attitude towards the moment we have waited for a long time," said TVO Senior Vice President for Electricity Production Marjo Mustonen. "The preconditions for the startup of the reactor have been fulfilled, and soon we will be able to realise our promises on Finland's greatest act for the climate."