Finland's fifth nuclear reactor, Olkiluoto 3 (OL3), has reached first criticality. The EPR (European Pressurised Water Reactor) is the first new nuclear unit to be commissioned in Finland in over 40 years, and will eventually produce some 14% of the country's electricity. 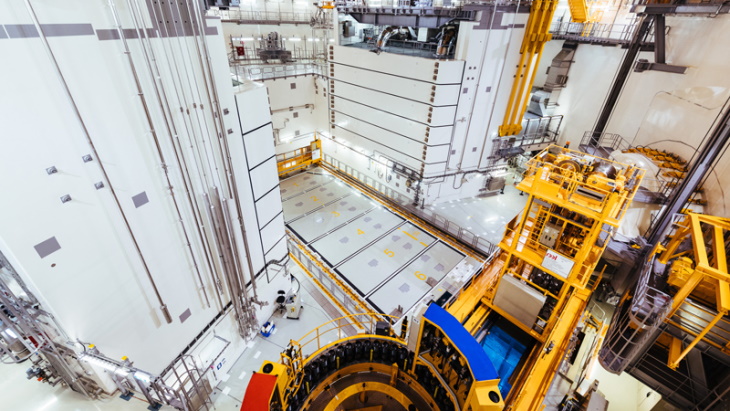 "First criticality of the OL3 EPR plant unit was reached on Tuesday, December 21, 2021 at 3.22 a.m.", utility Teollisuuden Voima Oyj (TVO) announced. Electricity production will begin when the unit is connected to the national grid, which is expected to happen at the end of January 2022.

"This moment will forever be remembered as a demonstration of persistent work for the commissioning of our new plant unit. It reflects strong nuclear professionalism and a will to make Finland's greatest act for the climate a reality," TVO Senior Vice President for Electricity Production Marjo Mustonen said.

Bernard Fontana, CEO of Framatome, thanked the project teams from Framatome and Areva for their perseverance. "This milestone paves the way for safe, reliable, low-carbon electricity generation to the residents of Finland," he said, adding that the company will continue to support the unit with services ranging from fuel fabrication to long-term operational and outage support.

"I would like to congratulate TVO and all its partners on the completion of Olkiluoto 3," World Nuclear Association Director General Sama Bilbao y Léon said. "This reactor will serve the people of Finland for many decades, providing abundant, round-the-clock clean, reliable and affordable electricity - the importance of which we are painfully reminded of right now."

Finland's parliament in 2002 approved building the country's fifth nuclear power reactor. The vote was seen as highly significant, in that it was the first such decision to build a new nuclear unit in Western Europe for more than a decade. TVO's Olkiluoto site - already home to two operating boiling water reactors - was subsequently selected to host the new reactor.

Framatome ANP's 1600 MWe EPR was selected as the preferred reactor based on operating cost, with Siemens selected to provide the turbines and generators. TVO signed a fixed-price EUR3.2 billion turnkey contract with Areva NP and Siemens for the unit in December 2003, and construction began in 2005. Commercial operation was originally scheduled for 2009, but the project has encountered various delays and setbacks.

The Finnish Government granted an operating licence for OL3 in March 2019. Finland's nuclear regulator, STUK, granted a fuel loading permit in March of this year. Fuel loading was completed on 1 April, at which point an October start-up was envisaged. However, this was postponed to allow for extra turbine overhaul and inspection works by the plant supplier.