The Brokdorf, Grohnde and Gundremmingen C nuclear power plants were permanently shut down on 31 December in compliance with Germany's nuclear phase-out policy. The move leaves three reactors in operation, which are scheduled to be taken offline by the end of this year. 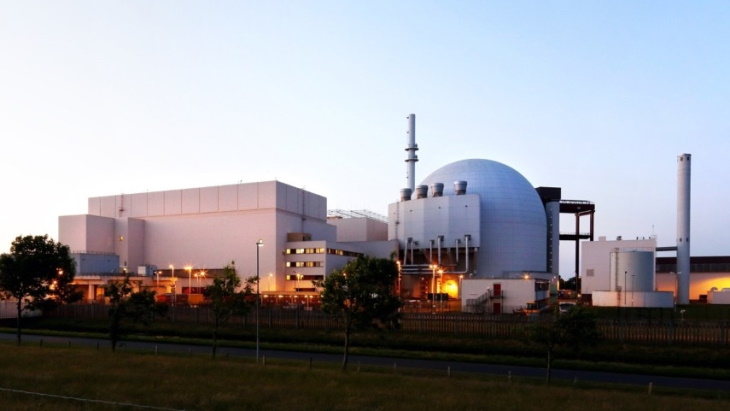 PreussenElektra, operator of the Brokdorf and Grohnde plants, announced the reactors were taken offline shortly before midnight on 31 December. The company said that since being connected with the grid in October 1986, Brokdorf - a 1410 MWe pressurised water reactor (PWR) - has generated more than 380 billion kilowatt-hours of electricity (gross). The Grohnde plant - a 1360 MWe PWR - has produced almost 410 billion kilowatt hours of electricity (gross) since being grid connected in September 1984.

"Our heartfelt thanks go to our power plant teams, who have done an excellent job over the years," said PreussenElektra CEO Guido Knott. "We are very proud of this achievement, because with it we have made a decisive contribution to the safe, climate-friendly and reliable power supply in Germany for decades. We would also like to thank the system manufacturer, our service partner companies, our neighbours and the representatives of the supervisory authorities and expert organisations."

Unit C of the Gundremmingen was disconnected from the grid at 8.00pm on 31 December, RWE said. Shortly afterwards, the 1288 MWe boiling water reactor (BWR) was shut down the reactor in accordance with the provisions of the Atomic Energy Act. The reactor has generated about 362 billion kilowatt hours of electricity since March 1985.

"The plant went online in 1984/1985 as the most powerful nuclear power plant in Germany and for many years was a mainstay of the energy supply in southern Germany," noted Nikolaus Valerius, member of the board of directors for nuclear energy at RWE Power and technical director of RWE Nuclear. "The team has done a great job over the entire period. In recent years in particular, it has managed to responsibly implement reliable power operation in Block C and safe dismantling in Block B. With the shutdown of the last boiling water reactor in Germany, an era came to an end at the Gundremmingen site."

RWE obtained a licence required by the Bavarian State Ministry for the Environment and Consumer Protection for the dismantling of Gundremmingen C in May 2021. The company said the first step will be to unload the fuel elements from the core and move them to the used fuel storage pool. Subsequently, the focus of activities will be on creating space within the reactor building for safe dismantling.

Employee numbers at the Gundremmingen plant will drop from about 600 at the start of 2017 to about 440 at the end of 2022, RWE said. The remaining employees will continue working through to the 2030s on post-shutdown operations and deconstruction work at the location.

RWE also shut down its Neurath B, Niederaussem C and Weisweiler E 300 MWe lignite-fuelled units. A further 1620 MWe of lignite-fuelled generating capacity will be decommissioned by the company in 2022, together with its 1335 MWe Emsland nuclear power plant.

"This represents a further step in our rigorous efforts to implement the legally mandated phase-out of nuclear power and coal," said RWE Power CEO Frank Weigand.

Following the accident at the Fukushima Daiichi plant in Japan in March 2011, the government of Chancellor Angela Merkel decided it would phase out its use of nuclear power by the end of 2022 at the latest. Prior to the accident, Germany was obtaining around one-quarter of its electricity from nuclear power.

In August 2011, the 13th amendment of the Nuclear Power Act came into effect, which underlined the political will to phase out nuclear power in Germany. As a result, eight units were closed down immediately: Biblis A and B, Brunsbüttel, Isar 1, Krümmel, Neckarwestheim 1, Phillipsburg 1 and Unterweser.

The country's final three units - Emsland, Isar 2 and Neckarwestheim 2 - are set to close at the end of this year.