Deep borehole disposal of nuclear waste is an "important alternative option for us to consider," Slovenia's radioactive waste management organisation’s Leon Kegel has said following a preliminary study into solutions for the disposing of used fuel from the TRIGA II research reactor. 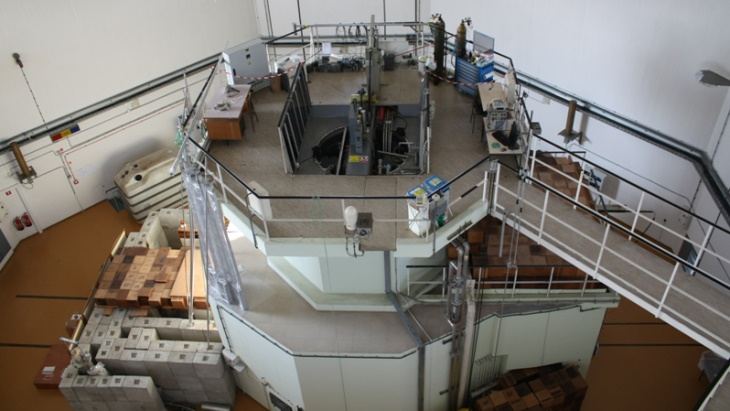 The study, commissioned by the Slovenian Radioactive Waste Management Organisation (ARAO) in partnership with US nuclear waste disposal company Deep Isolation, concluded that deep borehole disposal would be a "safe and cost-effective" solution.

The 1960s-era TRIGA II reactor - one of 66 of its kind worldwide - produces radioactive isotopes for medical research and for training. It is scheduled to be shut down in 2043.

The most cost-effective of the options, the study found, was to build one deep borehole repository for fuel from both the TRIGA II research reactor at the Josef Stefan Institute in Ljubljana and from the country’s Krško nuclear power plant.

Another option would be for a micro repository to dispose of all the research waste in a single borehole with a small footprint.

This could, according to Deep Isolation, be treated as a pathfinder project and "could represent an invaluable contribution to research, demonstration and site characterisation for a broader national repository - regardless of whether the Slovenian government decides to build a deep borehole or a traditional mined repository for Krško fuel."

A separate study by Deep Isolation, commissioned by Norwegian Nuclear Decommissioning and the European Repository Development Organisation, was published in December suggesting that the firm’s deep borehole technology was a viable and cost effective solution for the intermediate and high-level long-lived radioactive waste that is being temporarily stored by Croatia, Denmark, the Netherlands, Norway and Slovenia.

"Deep borehole disposal is an important alternative option for us to consider in Slovenia," said Leon Kegel, ARAO’s head of planning and development.

"Deep Isolation's recent work - for Slovenia on the TRIGA II fuel and for Slovenia, Croatia, Denmark, the Netherlands and Norway on disposal of commercial spent fuel and other high-level wastes - has been very helpful in highlighting the potential benefits, the increasing maturity of, and required next steps for deep borehole disposal as an alternative or addition to engineered mined geological repositories," added Kegel.

Berkeley, California-based Deep Isolation's solution for the management of used nuclear fuel and high-level radioactive waste involves emplacing it in corrosion-resistant canisters placed in deep horizontal drillholes. The technology uses existing directional drilling technology. The waste can be retrieved during a determined timeframe or permanently secured. In 2019, Deep Isolation publicly demonstrated its concept when it successfully placed and then retrieved a prototype nuclear waste canister hundreds of metres underground via a borehole.

The company has completed other deep borehole disposal feasibility studies for advanced nuclear projects, including for the USA's Electric Power Research Institute and Estonia's Fermi Energia.